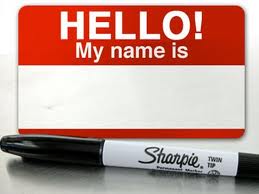 Once upon a time a baby was born, given a name, registered a NAME of a PERSON and had a Birth Certificate created that was traded on the international money markets to fund their local government.

As time went by that child grew up and applied for all sorts of government programs to qualify for all sorts of free government benefits, after already having had a variety of free money coming to mom and dad in the form of baby allowance, tax credits, medical insurance throughout their young life.

Take, take, take. People want everything for free. They want the government to pay for everything. Well, it sure is a good thing that those smart, fiscally responsible government folks had figured out how to monetize that new baby’s birth event so they could pay for all that free stuff!

Is that a new way of looking at things?

One day the young adult got charged with an offence under an Act and got a summons to “Attend” court. Not knowing quite what to do, because understanding the law had NEVER been discussed, they walk into court and “answer to the NAME” that is called.

Court is a game that has been going on for thousands of years, so long that many people play the game everyday don’t even really understand it themselves.

What most people don’t know is that there are two sets of laws, one of them is completely voluntary which means you have to ask to play by “application” and you have to “consent” to every step of the game. If you haven’t applied to play, the rules don’t apply to you.

If you don’t consent to play because you were never told what the game really was, you can say “no I do not consent because I was deceived into the game and not told the rules, privileges and obligations.” That is called “no proper notice” because it would not be fair to agree to play a game and the folks claiming you have to play not even telling you the rules. How could you ever win? How could the game ever be fair?

How old is this game you say? Very old….

While Pope Lucius III was the first to establish the Inquisition through papal bull Ad Abolendam, as the legal and moral framework for human sacrifice and barbaric torture of innocent people, it was Pope Innocent III (1198-1216) who put it into full effect. The key elements being: The Laws of the Church, The Inquisitor, The Accused, The Act (or Offence), The Tribunal and The Witness.

The Inquisitor, strictly speaking, was a special but permanent judge, acting in the name of the Pope and clothed by him with the right and the duty to deal legally with offences against the Faith adhering to the canon laws of the Church. Thus, within the spectrum of enforcing Church Law, the Inquisitor had (and still has) the legal power over life or death of the accused.

Next, the Accused was to be summonsed to appear before the Inquisitor. The Accused does not actually have to be charged with any crime of heresy at this point — once their name is written down on a piece of paper and the individual acknowledged themselves to be that person, they ceased legally being a person and instead became both a legal personality and property. Just the simple act of acknowledging themselves to be who they are in front of the Inquisitor was enough for him to legally have complete control over their destiny.

If you have ever been to court the above will sound very familiar!

It is important to understand the difference between commercial law and common law:

The Commercial Maxims become operationally dominant, most especially Maxims four (4) through seven (7), because people never rebut the presumption that they voluntarily agreed to play the “let’s pretend” game.

Presumption? Yup. The entire game is based on the idea that “we will pretend until you say no”. Like Dorothy and Toto discovering the “magician” behind the curtain is a fraud and you have all the power already, in the game of “let’s pretend” you can say stop anytime but “they” will try to prevent you with scary tactics and intimidation.

Bullying is alive and well in the legal industry. Lawyers and judges huff and puff threatening all kinds of fines, court orders and jail. Jail is the big one that keeps most people cowering in fear.

We live in a society where people have become dependent and beholden to their governments which makes them the master and the people the slave. If it is true that “the people get the government they deserve” maybe it’s time to deserve better government and demand it.

Related Posts
Responsibility is KEY
If You Don't Take Responsibility Someone Else Will and They Are Your Master So many…
The Allard Prize for International Integrity
A lawyer, who has a law school named after him, the Peter A. Allard School…
Banking Gone Bad
The history of the rise and fall of civilizations has been often directly related to…