In what I would call a confirmation of the law, not a NEW ruling, the US Supreme Court One lays down the law for all to see, and USE if you choose.

One of the BIG legal fantasies promoted by governments and officials is the idea of officials’ having ‘immunity’ from prosecution and no liability… so they are not held liable for their corrupt and illegal actions.

1. if they perform any actions while in office, not defined by their office, or

2. actions that are defined by their office but are done in BAD faith or

3. the actions taken are illegal by nature.

Unfortunately this lie of ‘immunity’ is also repeated unknowingly by people, again and again, who have a real case against government officials and therefore do not pursue very valid claims.

A recent US Supreme Court decision clarified and confirmed that the government and their agents can be held liable and accountable for wrongdoing carried out by officials in its employment while on the job.

Officials ARE Liable for Bad Faith and Illegal Acts, NO Immunity

This should be a a no brainer but in the land of legal fictions and unaccountable government officials being protected by legal process…someone FINALLY took the issue to the US Supreme Court for a common sense confirmation which lower level courts are now bound by.

So in effect the government is also liable for having employed them, their supervisors are liable for improper training and oversight and the actions carried out while they were employee and the individual is liable personally also.

In this particular case the complaint and Millbrook had been denied hearings for his claims that the lower courts and submitted a hand written, in pencil, complaint to the Supreme Court of the United States. Less than 1% of Supreme Court applications are heard by the court. I’m certain that this particular case was heard because it addresses a fundamental aspect of law and the only point of protection for a private person from the abuses of any government actor.

Millbrook filed a handwritten petition, in pencil no less, to the U.S. Supreme Court, and in a rare show of magnanimity, the Court agreed to hear his case and assigned a lawyer to represent him. Curiously enough, after the Court announced it could hear the case, the U.S. Justice Department—which had defended the government’s actions at every level of the judicial proceedings, including asking the Supreme Court not to take the case—did an about-face and switched its position to argue that the FTCA does apply to prison guards as law-enforcement officials.

Sadly much “case law” is biased garbage designed to allow corruption to continue as most people do not have the time, stamina or money to challenge bad decisions to higher and higher courts where the real law might be heard and decided.

This case ultimately should be a watershed decision to open the doors for all manner of complaints against abusive and corrupt actions by government actors, the legal profession and officials as it now clearly confirmed by the Supreme Court that they do not have protection for their illegal and unlawful actions.

First one has to ask whether, as between the alleged wrongdoer and the person who has suffered damage there is a sufficient relationship of proximity or neighbourhood such that, in the reasonable contemplation of the former, carelessness on his part may be likely to cause damage to the latter — in which case a prima facie duty of care arises.

Secondly, if the first question is answered affirmatively, it is necessary to consider whether there are any considerations which ought to negative, or to reduce or limit the scope of the duty or the class of person to whom it is owed or the damages to which a breach of it may give rise. 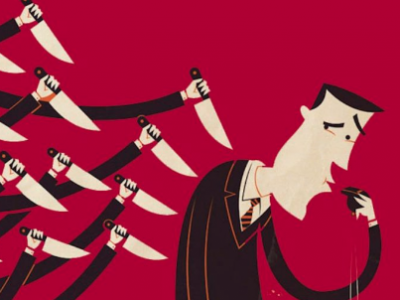 Kevin Annett: Officially Silenced and Outcast Keeps Going Strong
Kevin Annett in the 1990's began blowing the whistle on the genocidal crimes against the…
Natural News Updates
NaturalNews.com is a very good website offering commentary and reporting on many issues health,… 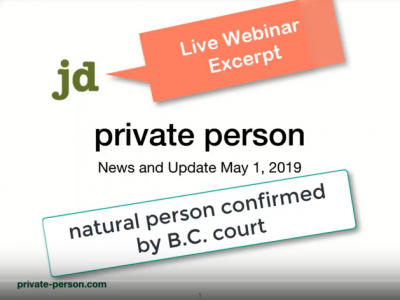 BC Courts Recognize “British Columbia resident natural persons”
My, my, my. How things happen... is sometimes a wondrous thing. (This case is discussed…

This article has 5 comments