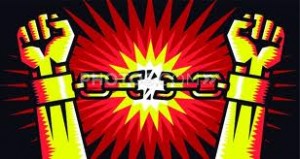 Good news, David Lindsay is now out of jail and here are his own words on his current situation and some interesting news about his ongoing court cases…

I’m sure that David will continue in his “harassment” of the folks in the CRA, Justice Canada and the court system. (harassment defined as continuing to demand honour, truth freedom, respect for the law and justice be available to him and everyone else. Go figure, eh!)

Good on you Dave. I’m cheering for your eventual success and peaceful resolution…. 🙂 I’m sure plenty of people would like to hear from you, let us know where things are at.

Fortunately, I have now been released from jail in relation to the charge and unlawful conviction of failing to comply with a court order to file income tax returns.  To begin, I am really grateful for all the cards and letters of support I received while spending about 5 1/2 weeks in the Kamloops jail. Especially while spending Christmas in the slammer, this support was much appreciated and inspiring. Communications were restricted to expensive calls out only so receiving this type of communications from others really meant a lot to me.  The jail guards appeared to get a great laugh when reading one card that was titled:  “David Kevin Lindsay, Political Prisoner” – but the message was clear!  Even after discussing with them the real reasons for my incarceration, they really didn’t seem to understand the situation, as opposed to understanding but simply not caring.  The only thing that the jail staff did not understand, is how I could be incarcerated on such a simple and stupid charge – again, not understanding the politics underlying my case.  All guards at all levels believed that I must have done something to anger the judge because they never have inmates on these types of charges.  Further evidence of underlying politics at hand.

Judge De Walle sentenced me to 60 days on November 29, 2012, for refusing to comply with Judge Sinclair’s court order to file income tax returns by June 30, 2009.  This sentence was already decided prior to my arrival at court, as witnessed by 3 Sheriffs wearing black gloves already in court before De Walle or myself had even entered the courtroom. The only time Sheriffs wear gloves here is when someone is being searched and/or jailed.  Normal procedure is for only 1 Sheriff to be in any court at any given time.  So clearly they were tipped off by De Walle that he had already made up his mind, before even hearing my position on sentencing.  So much for a fair and impartial hearing, oui?

There was definitely a positive outcome to all of this however. Upon being released this week, I stopped at the Kelowna Courthouse to see the file in this case. I managed to get De Walle to order the Transcripts be produced for me at no cost for the entire sentencing hearing and judgement so I obtained a copy of this as well as the sentencing order. In every case of failing to file tax returns that I have seen and read, the Crown always obtains an Order of the Court forcing the defendant to file  tax returns.  This was the original Order of Sinclair J. in 2009, which founded this charge. However, I realized immediately while still in court and upon being sentenced to jail, that De Walle never issued any court Order to file these returns again!!  Thus, this case is now over, and the Crown cannot lay any more charges!  Meanwhile, I still have not filed for the years in question, 1997-2001 (5 years) and now there is no court Order either compelling me to so do.  So, even if I lose on the appeal, this case is now over and CRA will never get these returns!  This is a huge step forward and I believe further shows that with enough determination and diligence, eventually the Crown and Court will simply give up.

It is my belief that this was done on purpose. Why?  Because to date, the Courts, and all of them, have continually refused to address my position that the Constitution of Canada includes the Coronation Oath of the Queen, which in turn includes her promises to the “utmost” of her ability, to maintain the principles of the Christian religion, and the ITA is wholly contrary to many of God’s laws and principles, including, of paramountcy, the unlawfulness of usury or interest, and the destruction of our property rights.  There is simply no way out of this for the Court and so they have continually tried to ignore it.  But I believe that they have now realized that, again, if the court issued another Order to file, I would be back with the same position and that they cannot ignore it forever. The courts don’t want to rule in my favour as it would destroy the fraudulent usury monetary system and supporting taxes – along with 200 000 useless but well paying jobs, including in the courts.  So De Walle is hoping that they don’t see me back in court anymore – to say nothing of the length of time it continually takes them to hear every case because of my knowledge of court rules, procedures and our law. (and yes, no liars/lawyers!).  The solution? Do not issue any more Orders to file and hope he goes away.  But I am not going anywhere.
Same on the issue of being a ‘person’.  My case was the first and most comprehensive case ever put to the courts on defining what a ‘person’ is at law, how one becomes a ‘person’, and how one can lawfully choose not to be a ‘person’ and thus not subject to the ITA. Again, their only reply, was to ignore all my (indeed, their own!) authorities and legal precedents going back 1000 years!  This too, is going to come up again in the future.

I am still appealing the conviction on this issue, already filed and to be heard later this year.  I have plans to raise the Oath and Christian foundation of our Constitution in another manner as well later this year and I will strive diligently to make sure that at some time, it will get heard and ruled upon in our favour.

So this truly can be seen as a ‘victory’ of sorts, and surely a major step forward!  When the Courts reach the point that they don’t and/or can’t deal with an issue, such as the supremacy of God’s laws in our Constitution, there is something there that is damaging to their power structure, and supporting of our fundamental power over them.

Now that I have been released, I am spending the next couple of weeks catching up on a few matters to help some friends (and house cleaning!) and will begin work again on the second and final part to our Person Solution Tour, where we will be advocating a true activist solution to change the present UMS (usury monetary system). I will also begin my appeal on the conviction and this should be heard in the summer at some point.

On a further positive note, I was also successful in having 37 CRA failing to file tax returns quashed in a recent decision, as a result of an application I made for delay attributable to the Crown.  The judge agreed with me and threw out all the charges, despite the CRA alleging (unsupported of course) millions of dollars in taxes owing for these years!  The judge further commented that my argument exceeded the standard of professionalism that a court expects from counsel and also noted that I was successful in obtaining significant amounts of internal CRA disclosure documents that they initially refused to release. I hope to use these comments as a basis to help others in the future, especially here in B.C.  The more people that refuse to support this criminal banking and tax system in place, the quicker we become closer to freedom. I believe that things are shifting in our favour!

As with others who are on the front lines in our stand for freedom issues, especially where we have been incarcerated for any period of time, we critically need your help and assistance for us to continue.

I am most certainly not the only man on the front lines in need of assistance, but for those of us who put our freedom on the line, we truly do count upon and need your support if we are to continue to risk our freedoms and invest in our future.  Bills continue to climb unfortunately as they did during my stay in jail, and I would be greatly appreciative of any financial assistance you could provide. I wish to thank you sincerely for any assistance you can send.  Donations can be sent to 2929 Coleman St., Penticton, British Columbia, V2A 7C9.  As I don’t have a bank account, a money order or cheque with the ‘pay to’ line blank, or money itself, would be best.

I will also now begin to check my previous emails and the long task of getting caught up on these as well.  Thanks for all your patience. I look forward in the next week of contacting my supporters and moving forward.

in freedom I remain,

Related Posts
Action Takers Update Webinar
This webinar is for members only. You a member? Sign in. I report on some results…
birth certificate
There are a few posts on this site questioning the lawful authority that public servants or police…
oh the horror
It can't be true. We live in the greatest country ever. Our government takes care…