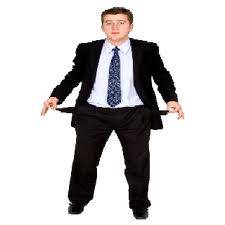 This is the week for humour and the blindingly obvious, to normal intelligence people, but its big news to the press, experts and the government.

Life is moving along nicely as usual, reality seems to avoid the pros.

A government watchdog (woof) has released a report that probably cost more than a Challenger jet that concludes “spending more money than you take in will eventually make the country broke”.

And that well paid expert didn’t leave it there but went the extra mile, out on a limb and offered a possible solution (I wonder if that cost extra?).

Spend less… or raise taxes…. or BOTH.

Like discovering fire for the first time… or your first kiss…shivers and increased heart rates all around.

If you make less money than you spend, you need to spend less or make more. Got it?

The only weakness here is…the government ONLY gets more from YOU and (reality check) what are the chances of government REALLY cutting the fat, duplication, pork barrelling, bribes, expense accounts, golden parachutes etc. etc etc?

How warm, fuzzy and shivery does that make you feel?

OTTAWA (Reuters) – The finances of Canada’s federal government and its 10 provinces are unsustainable over the long term and they will need to either raise taxes or cut spending, in part because the population is aging, the country’s budget watchdog said on Thursday.

“Fiscal sustainability requires that government debt cannot ultimately grow faster than the economy,” Kevin Page, the parliamentary budget officer, said in a report that looked at likely trends over the next 75 years.

Page’s team projected government debt relative to the size of the economy over the long term in the light of current spending and taxes as well as projected demographic and economic trends.

“(Our) debt-to-GDP projection indicates that the current federal and provincial-territorial fiscal structure is not sustainable over the long term,” he wrote.

“Addressing this fiscal gap and restoring sustainability to public finances would require permanent policy actions of 2.7 percent of gross domestic product, either to raise taxes, reduce overall program spending, or some combination of both.”

Page said slower labor force growth caused by an aging population would reduce annual average real gross domestic product growth from the 2.6 percent observed over the 1977-2010 period to 1.8 percent over the 2011-2086 period.

jd News and Update Webinar-May 1, 2019
This is a replay of a live webinar "jd News and Updates Webinar May 1,…
Tyranny an Overview
There is so much going on these days. For those awake it can be a… 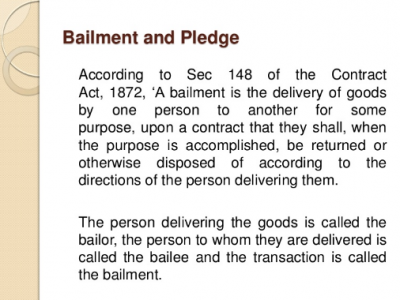 Bailment
Some research on 'bailment' and how it works. Source undefined.  - research in progress -…