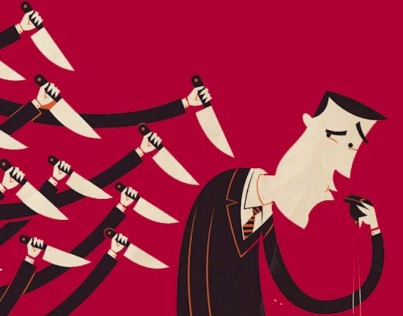 Kevin Annett in the 1990’s began blowing the whistle on the genocidal crimes against the First Nations people and was quickly outcast and attacked by his church, University of BC and RCMP etc. and also resulted in first hand native witnesses to these crimes often being met with harm and death as they came forward. Who had an interest in silencing the witnesses?

The evidence eventually was overwhelming but denied, avoided, attacked and finally, officially, admitted and internationally recognized to be true. It’s official now the Canadian Government, some churches and the RCMP planned, participated and executed genocide against First Nations peoples across Canada.

Do you, would you, really believe public attacks against ANYONE like Kevin doing this kind of work of exposing the truth and crimes by the people and systems in power?

Attacking the integrity and credibility of a whistle blower/truth teller/freedom seeker is ‘corrupt system overlords’ tactic #1 implemented. It’s so easy to do. One negative slander, true or not, and the majority of people today will shy away without further inquiry. It has become common place today.

Kevin kept going and still is. His work has led to the public, international and Canadian acknowledgement of the indigenous genocide without credit to him because he is still outcast to “THEM”. The Canadian Government Truth and Reconciliation process has led to official compensation and more (see related Post reconciliation=reparations)

Kevin has moved on to establishing a new republic as a solution to create separation from the corrupt, unlawful Crown and their claimed authority and control over the people and land known as Canada. (Did you know there are two Canada’s: one is a political entity (no land only a federal government, created on paper) and the other is a corporation  CANADA (registered with the Securities Exchange Commission in the USA).

Maybe it’s past time that Kevin has earned the respect of freedom seekers and truth tellers who may be benefited by listening more to what he has to say, with an open mind… and maybe work more together…?

How many truth tellers over the years have been de-platformed, de-monetized, de-personed, attacked, vilified, lied about by the mainstream media or undermined in their own organization by deluded or paid shills? How many more good people will be attacked before we give them the support and help that their message of exposing the truth and solutions of mutual benefit deserves.

A good interview series with Kevin:

Kevin gives a heartfelt reflection on how he has personally continued and survived over a quarter century of state and church attacks, smears and blacklisting. See http://www.MurderByDecree.com

Aboriginal Collaboration with the Canadian Genocide

The Canadian Election and Non-Cooperation with a Genocidal Regime

‘How do you Endure?’ Kevin Annett on surviving as a truth teller

The Basis of our Self-Governance: A History

Listen to Kevin live every Sunday at 6 pm eastern at https://bbsradio.com/herewestand

Related Posts
Consumer Society and Corporate Mind CONtrol
Hey! Don't drink that! BUY MY EXPENSIVE STUFF! The call of the corporation beckoning you…
Reality Check – Can You Handle It and Who Will You Share This Post With?
I am bringing to your attention an article that I think is worth reading and…
Bill C-38, Another Wake Up Call for Canadians
The Church hierarchy is usually not too political, so when a bishop speaks out there…