So many people get started on the “freedom” path like rebelious children, even if they are fifty. As such, it often can be one of the stages of taking back your power, which is fine, if it is just a phase.

Like the planned growth of a child, learning about playing together, sharing, becoming independent of parental hand holding at all times, our society has not only dumbed us down but kept us childish. Not child like, but childish.

Irresponsible behaviour is celebrated in the media, as is borrowing yourself into unrecoverable debt, instant gratification and destructive ego driven consumerism, all aimed at taking advantage of the childish masses, almost like there was a plan that evolved and was executed over the years, quite successfully it appears. hmmmm

(check out the videos below from our “guest” Robert Menard. Good stuff.)

The solution, which terrifies corporate biggies who have to show shareholders growth every quarter or face humiliation, and also makes politicians squirm, is that IF the citizenry wakes up from their self indulgent, soul sucking life and decides to act like responsible adults, look out. No more blind consumerism, golden parachutes, feeding at the taxpayer-funded-trough-of-ever-flowing-blood-sweet-and-tears. The party would end, for “them”.

You have been lied to, deceived, manipulated, cheated, robbed, abused and YOU KNOW IT. What would a responsible adult do if they discovered that those things had happened to them? Ah, there’s the rub.

Many people DENY. It can’t be true. It’s not as bad as that. No one would be the evil. Well…yes, yes and sadly yes.

Some get ANGRY. Which is a fine start, you have every right to be mad. Then what.

Oh ya. BLAME. They shoulda, coulda, no one told me, it’s their fault.  YES. Absolutely true. Then what. Are the same people who “did it to you” going to all of a sudden fix it? Or are they going to fight like rabid dogs to maintain alpha dog control over you?

Many people move to BARGAINING. If this then that. If you leave ME alone I won’t press charges or file a complaint. THAT attitude has kept the fraudsters in gold and silk for many, many years. How much will you take to sell out your neighbour and children? The fraud lives on to steal from everyone, including your own children because not enough people have stood up and said NO and meant it with legal action against the perpetrators.

Everyone goes into DEPRESSION from time to time, some for a long time. It’s only right to get depressed when you recognize the depth, breadth and longevity of the corruption that eats at the soul of society. Never mind the herculean task of the “David vs Goliath” battle when taking your complaint to the legal system. They have teams of taxpayer funded lawyers spinning a web of deceit and distraction to bludgeon and bleed to death any and all who try. Yes it can be depressing.

After varying periods of time, some people travel the path of emotional roller coaster to come out the other side of depression with the one thing that almost never dies. HOPE. The strongest force known to man and still burns in the souls of billions in spite of crushing depravity of power misapplied over the masses, for countless generations.

ACCEPTANCE of the reality of “the way things really are” with an eye to the way they could be better and sometimes even followed by a courageous decision to STAND UP and reclaim what has been stolen, is the hope burning still. Acceptance is feeding the hope and motivating the actions to make that hope grow stronger….thereby aftecting and changing “reality” for the better.

It all starts with accepting responsibility, which means understanding that important word.

Freedom is not freedom if you are not responsible. Freedom without responsibility is power corrupted. We have enough bankers, lawyers, politicians, corporate CEOs etc. who have the freedom to do almost anything and they have not only squandered it, they have destroyed so much by their reckless abandonment of grab-all-you-can behaviour.

Those positions are positions of TRUST that require responsibility to fulfill properly. That trust has been lost and violated long ago….and the financial rape and pillage of the masses continues at unheard of proportions.

SO, what the heck is this lost idea of responsibility? It is a quaint notion to some, just like “ethics” is a quaint, outdated concept in some spheres. I watched this video by Robert Menard and liked what he had to say. Some people aren’t impressed with Rob, but I generally like what he has presented, and he’s kinda fun to watch too. To each their own! 🙂

In this video Rob breaks down responsibility quite well because many people who “follow” the “freeman-on-the-land” concept and most other patriot/sovereign etc. concepts just missed the boat on the idea that freedom is PRECEDED by proven responsibility. The lesson is a good one for anyone who wants to claim that they are all grown up. Enjoy…..

I also like this video overview of important concepts by Rob:

You are best served by listening to the above videos MORE THAN ONCE.

Robert Menard’s website is at: The World Freeman Society

The Kübler-Ross model, commonly known as The Five Stages of Grief:
https://en.wikipedia.org/wiki/K%C3%BCbler-Ross_model

If you like what you saw here, tell a friend with those handy link buttons below…   😉 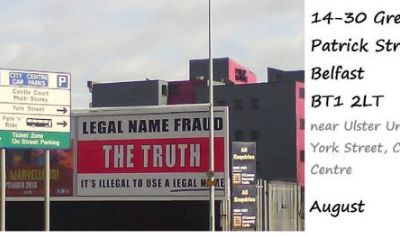 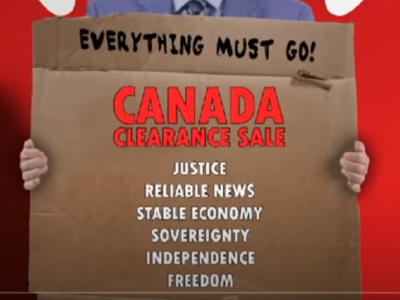 Bank of Canada vs The Private Banks
Hey, you. Ya you! Did you know that Canada could create it's own money, interest…