Recognition of the first nations independent nation status and reconciliation is under way in Canada with proactive processes and funding to help re-establish the First Nations that want to self govern.

There are 2 HUGE legal concepts in play. One is the overt, open admission that Canada does not have lawful claim/sovereignty to the land and the actions of the Canadian governments and Her Majesty amounted to illegal cultural genocide.

Reconciliation is pretty much like legally binding reparations paid to another country after having lost the war they started. Oh wait….it is reparations.

Interesting how the Canadian Government and media, in an act of propaganda, reframing/softening the story as “reconciliation” not “reparations”, for what has been acknowledged as ‘cultural genocide’

The legal concept of reparation has two components: the right of the victim of an injury to receive reparation, and the duty of the party responsible for the injury to provide redress.[7] Reparations can be sought by individuals through judicial systems, or they can be policies introduced by the state to address the concerns or needs of a wider populace. While the first strategy is instrumental in creating legal precedent, the second is a more efficient way to recognize the concerns of more people.

Canada – For more than 100 years, Canada retained a practice of removing indigenous Canadian children from their families and placing them in church-run Indian residential schools (IRS). This process was part of an effort to homogenize Canadian society, and included the prohibition of native language and cultural practices. In 1991, the Canadian government established the Royal Commission on Aboriginal Peoples (RCAP), charged with exploring the relationship between aboriginal peoples, the government, and society.

As a result of the commission’s recommendations, the government symbolically issued an apology in a “Statement of Reconciliation”, admitting that the schools were designed on racist models of assimilation. Pope Benedict XVI also issued an apology on behalf of church members who were involved in the practice. In addition, the government provided a $350 million fund to help those affected by the schools. In 2006, the federal government signed the Indian Residential Schools Settlement Agreement, agreeing to provide reparations to the survivors of this program. The Settlement totals approximately $2 billion, and includes financial compensation, a truth commission, and support services.

CANADA AGREES TO REPARATIONS FOR ALL RESIDENTIAL SCHOOL STUDENTS –

Born from the vision of Chief Dr. Robert Joseph, Gwawaenuk Elder, Reconciliation Canada is leading the way in engaging Canadians in dialogue and transformative experiences that revitalize the relationships among Indigenous peoples and all Canadians. Our model for reconciliation engages people in open and honest conversation to understand our diverse histories and experiences. We actively engage multi-faith and multi-cultural communities to explore the meaning of reconciliation. Together, we are charting a New Way Forward.

Reconciliation: What does it mean?

The act of making amends, offering expiation, or giving satisfaction for a wrong or injury

Here is a history of reparations made and paid to many groups over the years by the USA:

Maybe you want to start your own action for reparations?

Unless they have negotiated self-government, most First Nations are currently governed by the Indian Act. They elect chiefs and councils to make decisions on their behalf and pass by-laws in a limited number of areas.

First Nations have been living under the Indian Act for over 140 years. The Indian Act establishes a limited form of local administration that does not take into account the specific circumstances of individual communities.

In contrast, self-governing First Nations can make their own laws and policies and have decision-making power in a broad range of matters. This includes matters internal to their communities and integral to their cultures and traditions. Under self-government, First Nations move out from under the Indian Act and chart their own course toward a brighter future.

What is Indigenous self-government?

Canada recognizes that Indigenous peoples have an inherent right of self-government guaranteed in section 35 of the Constitution Act, 1982. Canada’s Inherent Right Policy was first launched in 1995 to guide self-government negotiations with Indigenous communities.

Negotiated agreements put decision-making power into the hands of Indigenous governments who make their own choices about how to deliver programs and services to their communities. This can include making decisions about how to better protect their culture and language, educate their students, manage their own lands and develop new business partnerships that create jobs and other benefits for their citizens.

Because communities have different goals, negotiations will not result in a single model of self-government. Arrangements take many forms based on the different historical, cultural, political and economic circumstances of the Indigenous governments, regions and communities involved. For example: Inuit land claim agreements have been signed in all four Inuit regions. These Inuit communities are pursuing their vision of self-determination under these agreements and in some cases through ongoing self-government negotiations. The Métis are also actively pursuing their own vision of self-determination through ongoing engagement with their citizens and through dialogue at Recognition of Rights and Self-Determination discussion tables with Canada.

Self-government is part of the foundation for a renewed relationship and is a pathway to development and economic growth that generates benefits for Indigenous peoples.

Unless they have negotiated self-government, most First Nations are currently governed by the Indian Act. They elect chiefs and councils to make decisions on their behalf and pass by-laws in a limited number of areas.

First Nations have been living under the Indian Act for over 140 years. The Indian Act establishes a limited form of local administration that does not take into account the specific circumstances of individual communities.

In contrast, self-governing First Nations can make their own laws and policies and have decision-making power in a broad range of matters. This includes matters internal to their communities and integral to their cultures and traditions. Under self-government, First Nations move out from under the Indian Act and chart their own course toward a brighter future.

How does self-government work?

Negotiated agreements can set out law-making authority in many areas, including: governance, social and economic development, education, health, lands and more. It varies from group to group, depending on their unique needs and priorities and their vision of self-determination.While there is no “one-size fits all” approach to Indigenous self-government, all of the agreements negotiated to date have some things in common. This includes:

Consult this map (PDF version: 739 kb, 1 page) to learn about the self-government agreements signed to date across Canada and search the Aboriginal and Treaty Rights Information System to find out more about each agreement, including the full text of the agreement and summary information. Use the name of the Indigenous group, agreement name, or other term as a “keyword” search word and then click on the heading Treaties and Agreements above the search box to find the related records.

Currently there are about 50 self-government negotiation tables across the country. These tables are at various stages of the negotiation process and in many cases are being negotiated in conjunction with modern treaties.

Self-government agreements address (among other things) the following key aspects:

Consult Agreements under negotiations to learn about ongoing self-government negotiations.

Other paths to greater self-determination

Indigenous groups are also pursuing greater self-determination, recognition of their rights and renewed relationships with other governments outside of self-government negotiations. This includes:

As part of self-government negotiations, joint work is done to lay the groundwork for moving forward together after a final agreement has been signed (implementation of the agreement). For example, the funding that will support the operation of the Indigenous government in the future, so it can effectively deliver programs and services to its members on an ongoing basis, is set out in an agreement called a Financial Transfer Agreement or Fiscal Financing Agreement.

This important agreement creates a new ongoing funding relationship between the Indigenous government, Canada and the provincial or territorial government. These funding arrangements generally have a 5 year term.

The Government of Canada is committed to renewing the relationship with Indigenous peoples based on respect, co-operation and partnership. Canada is working in full partnership with self-governing Indigenous governments to develop funding methodologies as described in Canada’s collaborative self-government fiscal policy. This will ensure they have the tools and resources they need to support the well-being of their communities.

They are giving money to First Nations to assist them to decide on and establish their new nation structure. It looks like they will be giving money for 4 more years.

The RCAP report recommended that these nations begin to reconstitute themselves as nations and create institutions with the breadth and capacity to take on the exercise of rights, including self-government.

Consult highlights from the Report of the Royal Commission on Aboriginal Peoples.

This new program will support the rebuilding efforts of Indigenous nations through the provision of contribution funding aimed at developing capacity.

Consult the terms and conditions of the Indigenous Nation Rebuilding Program for more details.

These program guidelines are evergreen and will be amended as required as the program evolves over time.

After the dissolution of Indigenous and Northern Affairs Canada:
Indigenous Services Canada (ISC) works collaboratively with partners to improve access to high quality services for First Nations, Inuit and Métis. Our vision is to support and empower Indigenous peoples to independently deliver services and address the socio-economic conditions in their communities.
https://www.canada.ca/en/indigenous-services-canada.html
Crown-Indigenous Relations and Northern Affairs Canada (CIRNAC) continues to renew the nation-to-nation, Inuit-Crown, government-to-government relationship between Canada and First Nations, Inuit and Métis; modernize Government of Canada structures to enable Indigenous peoples to build capacity and support their vision of self-determination; and lead the Government of Canada’s work in the North.
https://www.canada.ca/en/crown-indigenous-relations-northern-affairs.html
======

By John F. Burns, Special To the New York Times

https://www.nytimes.com/1988/09/06/world/canada-to-give-indigenous-people-an-arctic-area-the-size-of-texas.html
PDF of Article – Canada to Give Indigenous People An Arctic Area the Size of Texas – The New York Times
Spread the info...

Related Posts
Digital Photocopiers Can Be Deadly to Your Privacy
Did you know that all digital photocopiers have a hard drive disk? That hard drive… 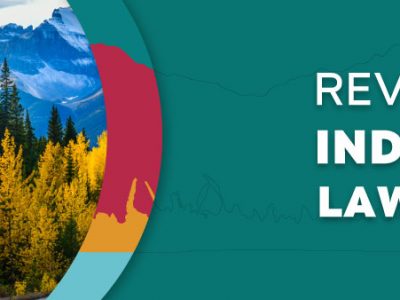 Equity for Aboriginal People in the Legal System
Previously pointed out in earlier posts on this Blog the First Nations peoples' rights to…
Privacy rights, taken away or given up?
Maybe the State doesn't take our rights away? Maybe as the article below claims "we…