Why? Because some police forces or individual police have a “policy” to take certain actions despite the law. Which means it is up to you to call them on the fact their policy is contrary to law.

We suspect it happens all the time in many areas of policing.

For instance, in the previous Post on the police have no right/power to even ask for you to identify yourself, never mind you not having to identify yourself (with one exception). It’s all right there, plainly stated in their own manual, including the case law references. If the police do infringe on your common law rights they may be subject to civil and criminal penalties.

A recent article out of Halifax, Nova Scotia, reports that the city police are just now publicly apologizing to the local black community for the “policy” of “street checks”.

Halifax’s police chief issued a formal apology to Nova Scotia’s black community Friday over the practice of street checks, describing it as a first step to counter a series of historic wrongs.

Chief Daniel Kinsella acknowledged that officers’ actions and words over the decades have caused mistreatment and victimization.

“On behalf of the Halifax Regional Police, I am sorry. I am sorry for our actions that caused you pain [and violated your rights],” he told an audience of several hundred gathered at an auditorium at the downtown public library.

Kinsella said while injustices can’t be undone, police are committed to doing better in the future.

“This is going to be a journey, and for Halifax Regional Police, that journey starts now.”

The apology comes in the wake of findings earlier this year that the police practice of randomly stopping people, collecting personal information and storing it was disproportionately targeting the black community — particularly young black men. [it’s worse than that, no one mentions it’s violating common law to do so]

Maybe if the police knew about and actually respected the common law rights of people (otherwise known as obey the law) they would not need to apologize.

Police need to be better trained and educated (and held to account by superiors) about the law that binds their actions and/or the public needs to know where the line is, so when the police cross that line the one harmed can complain and claim with a lawsuit against the officer, his superiors and the city/province.

People also need to be more knowledgeable and willing to complain and file lawsuits when the police violate the law.

It’s time to put the police on notice of their lawful duty and legal limitations.

It’s a matter of respect. Respect for people and respect for the rule of law, not policy.

Is that being unreasonable?

Related Posts
Sue “Them” In Their Personal Capacity
The laws are intended in part to act as a deterrent to criminal acts. But laws lose… 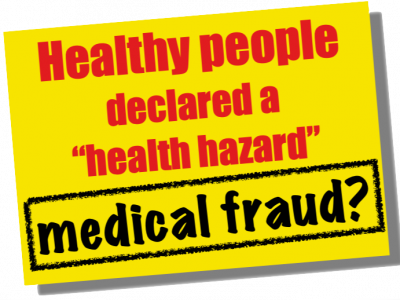 Bonnie Henry Provincial Health Order: Medical Fraud?
Is the greatest medical fraud in human history playing out before our eyes RIGHT NOW?…
Tax Fear
In Canada we have a VERY obedient population, which is known worldwide, by the international…