For those of you in battles with Canada Revenue Agency (previously Department of National Revenue, Revenue Canada, Canada Customs and Revenue Agency) here is an fellow blowing the whistle on the corrupt practices of CRA and the complicit participation of the Public Prosecution Services Canada (PPSC) and Department of Justice (DoJ).

Anyone unfortunate enough to have fought these entities and their minions knows firsthand they fight dirty and with intent to destroy while NOT following the law they claim to be upholding.

Clint A. Kimery has provided a “Whistleblower’s Document” provided to try and expose some of the underhanded, dirty, illegal, immoral tactics being used. If you don’t understand this stuff make sure your advocate/lawyer/agent does or you will be subject to unrestrained abuse.

The subject Gunner Case introduces a new defence perspective to tax evasion cases that exposes the Agency’s affinity to procedural corruption knowingly condoned by the Crown. This form of procedural corruption is specifically intended to usurp the Charter in favour of the prosecution’s theory, which follows a misleading and deceitful program in application across Canada. Clearly these actions must stop…therefore the Gunner Case provides the exposed delineation necessary to do just that.

This document (“Preliminary Purpose”)exposing the covert and misleading prosecution procedures practiced by Canada Revenue Agency and the former Revenue Canada has been compiled with the specific intent of undermining this organization and exposing the Crown’s negligence and lack of professional behaviour as a facilitator. By demonstrating in pre-trial submissions that the defence is armed with a wide range of disclosure application knowledge relevant to the Jarvis “record” of investigation procedure it becomes obvious disclosure could evolve indefinitely, thereby the Crown becomes hesitant in opening Pandora’s Box knowing it will result in case law imposing significant liabilities on the Crown and Agency.

Therefore please help in this objective by distributing this material to all first line defence lawyers.

A MESSAGE FROM CLINT KIMMERY to private-person.com – April 2016

I appreciate that you have a venue to help get this very important information out to those confronted by a CRA criminal prosecution. Often when that happens the defendant including their defence counsel finds themselves confronted with a proprietary esoteric system, which has generally resulted in a compromised defence and a conviction.

Disclosure is a Charter right that a defence can draw on in order to break through the glass ceiling and find the smoking gun.  However, a defence must know what there is to request in full disclosure and must know why the disclosure may be relevant to making its case, see page #49 “Defence Disclosure List”.  Basically, once you get into the typically overlooked administrative/accounting sector of a CRA investigation projects…it will become clear that disclosure begets disclosure, which could continue in nauseam due to the sheer intentional complexity of the CRA system (their own fault).

Should the Court be foolish and rule the disclosure process to an end…the defence would then have firm grounds to call for a mistrial and or an appeal, based on the seminal case law Stinchcombe where the remedy of nondisclosure by the Crown is a stay of action.

Interestingly, disclosure works quite well even in respect to laser/radar speeding tickets…by demanding full disclosure of the maintenance and manufactures operations manual, and the officer’s training courses specific to that specific device model. This area of disclosure is also relevant to the operation of technical instruments ASD and AI relative to DUI charges, where the bench mark for the accused is “reasonable doubt.”

Please find the most resent “Preliminary Purpose” 14.09.23 version attached, which should replace the current version on your site.   As you can well imagine, this an alive document subject to ongoing changes as new evidence becomes known, which will result in another revised document.

I am not an ex-Revenue Canada or CRA employee.  I am an accused awaiting an appeal that involves the introduction of more than 40 fresh evidence issues…that were not known during the trial process or were foreclosed upon due to improperly applied res judicata resulting from a voir dire ruling.

It is important to note…that in the Gunner case there was never any tax evasion.  While the [public*] resentment to GST resulted in cash jobs over a 5-year period, all the cash was used for company expenses shown by cash receipts…the accounting equals out, the cash receipts continue to contain unclaimed GST and there was no personal appropriation of funds, which is supported by a net worth done by a forensic CA.

Should anyone have any questions…I would be more than pleased to help or explain.    I am currently working on an issue that has the potential to seriously undermine the credibility of CRA evidence in their criminal prosecution cases.  Not some evidence…but all.  I cannot discuss the issue at this time but I am hoping the right feedback evidence will be received in a few weeks, which will allow me to go public at that time.

NOTE public resentment* – The word is correct “resentment.”  GST originated in 1991, which created a major “resentment” across Canada that resulted in an enhanced underground economy that is still flourishing today.  Once Revenue Canada realized the GST had stirred up this “resentment” there initiated an Underground Economy Initiative Program that focused on four sectors of the economy: construction/renovations, used car sales, restaurants, and the jewelry business.  They believed  these four sectors were the most likely for unreported cash transactions.  As far as I am concerned, the use of the Underground Economy should be encouraged and expanded since it provides a far greater benefit by staying within the local economy then what occurs sending the GST amounts into the Ottawa black-hole.

Related Posts
Asset + Wealth Protection Webinar and Seminar
Asset and Wealth Protection Strategy Free Intro Webinar With Glenn-Winningham: Fearn How To Operate Privately and…
Support Your Local Court Victim
Who needs thrill sports when you have the greatest cause of all time to stand… 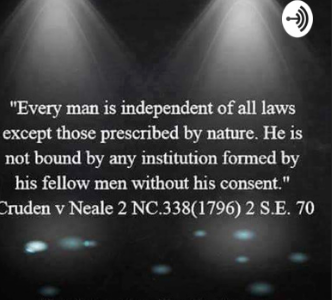 David Horowitz: Winning in Court Without a Liar
Podcast series worth listening to that covers what is and what to do about it.…

This article has 3 comments