If you think the federal government and their multitude of minions will role over and bow down to your claim of human rights, private rights and property rights without a serious fight you are naive… like I was. They have a lot to protect and a lot they are guilty of.

Based on Ghandi’s statement above we are at stage three and the next stage is “you win”. Peaceful persistence is key, keep going.

I, not so long ago, believed there was a “rule of law” (seems that lawyers and judges can’t even agree on what that means, big surprise) and that people were going to be respectful of the law and the rights of others.

Not having been a student of the history of nations, religions, law or politics (prior to beginning this journey) I was wholly unprepared for the level of resistance that ensued when I tried to claim and exercise my clearly defined rights to private property, privacy and more.

I have over the years studied the Indians’ legal battle for recognition of sovereignty and native land claims, fishing and hunting rights and I was appalled at what I discovered. I recognized a newly familiar game of legal gamesmanship, fraud, lies and broken promises by the European legal system and their commercial interests had been playing out against the Indians in Canada for over 100 years.

There are lessons to be learned by freedom seeking non-natives when studying the documented struggle and legal experiences of the Indian communities in Canada. We are all facing the same legal manipulating foe in our attempts to live peacefully while exercising our inherent rights.

The story really came to life as to what we are up against watching these documentaries on the struggle to survive by the Indians in Canada. Their most recent attempt at cultural genocide via residential schools was a near fatal blow to the Indians’ hope for reclaiming their heritage, sovereignty, native rights and land claims. The Indians are moving ahead and clawing back slowly aspects of what was stolen from them.

Non-native Canadians are waking up to the slow, less violent, enslavement they have been subject to as well. After all the best slave is one who thinks he is free.

Everyone in Canada who wishes to live a private life, exercise their private rights, out of the control of government self appointed “slave masters” who have invaded every common law right, and Indian right, recognized and protected by law, as if they did not exist can learn from the history of strategies and abuses against the native communities.

Study the tricks, traps, lies, deceptions and legal machinations that have faced the Indians since the Europeans came to North America and you will understand and recognize those same tactics being used to control, limit and dominate you.

If natives and non-natives in Canada want peace and prosperity with the government sent back onto the defined legal leash where they respect your private rights we NEED to understand the legal and governmental strategies that will come against your efforts, so as to be prepared to withstand and rebut them to have any hope of success.

In the below documentary pay attention to what happened when in the summer of 2000, federal fishery officers appeared to wage war on the Mi’gmaq fishermen of Burnt Church, New Brunswick.

Why would officials of the Canadian government attack citizens for exercising rights that had been affirmed by the highest court in the land? Alanis Obomsawin casts her nets into history to provide a context for the events on Miramichi Bay. The government spent $15 million to stop native fishermen from exercising their “guaranteed and protected” rights to fishing.

The government wants Indians to apply for “commercial” fishing licenses and even resorts to violence and destructive practices to achieve it. Once you apply for a “commercial” license you “give” the government the power to regulate your actions related to that license and you surrender you private rights.

Many freedom folk want a court decision proving they have rights – the Indians have Supreme Court of Canada decisions in their favour, valid treaties and more and yet this is still the corrupt treatment they receive… prepare yourself accordingly.

Is the Crown at war with us?

Is the Crown at war with us? by Alanis Obomsawin, National Film Board of Canada

The plans and machinations of political power mongers knows no bounds and has a long history that is finally being explored.
CBC INTERVIEW – with Greg Malone

He’s gone from doing impressions of the Queen to writing about Newfoundland joining Confederation. Greg Malone of CODCO fame talks about his new book “Don’t Tell The Newfoundlanders: The True Story of Newfoundland’s Confederation With Canada.”

“It’s up to us to make sure that we have our say and that we are in charge — not a few well-meaning bureaucrats at the top who think they know what’s best for everyone, you know,” he told CBC’s Kamala Rao.

Another Documentary Exposing the Strategies and Harm of Government Denying Rights

The Invisible Nation by Richard Desjardins & by Robert Monderie, National Film Board of Canada 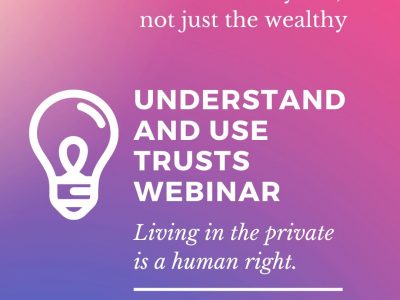 Webinar on Private Trust Creation and Use: Feb. 2020
Join David Horowitz for a introduction into proper understanding and creation of a trust structure…
You Must Pledge Allegiance to Your New Master
There is an old saying (biblical I think) "you can't serve two masters" and in…
Taking Charge of the Situation
Neat video of a failed armed robbery. Great editing and soundtrack. Remember, the police cannot…