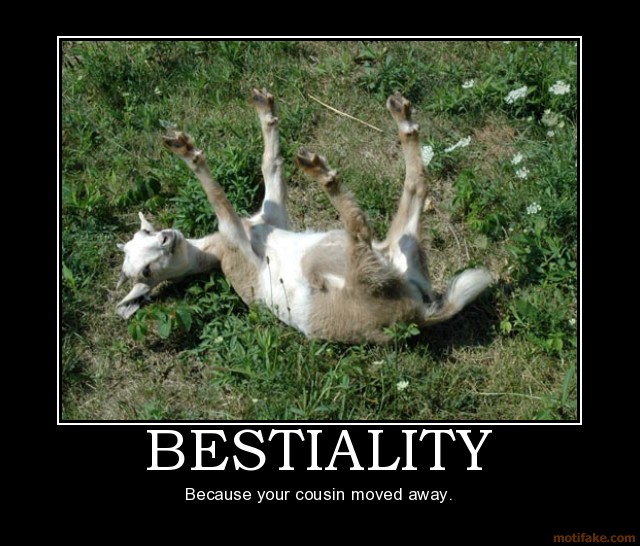 The law has a strange history at times. <This article is partially tongue in cheek but reporting real “news” and insane attitudes>

Owning, beating and killing humans was “legal” for thousands of years.

Apparently, if you ask the US government, beating and killing humans is still legal if you label them “terrorists” whether or not you have any evidence to back up the claim. And killing thousands of people in declared and undeclared “wars” is perfectly legal (as long as they change the name (police action etc.) or lie, lie lie, to cover the truth).

And then there is the “it’s not torture” because we “renamed it” game.

Or how about the “if we hire private contractors to fight in our “war zones” then they are not bound by US law or “rules of war” and are 100% unaccountable for their actions”. Never mind they are American companies and US citizens and ex US military. A free for all slaughter zone because no laws apply…yes really.

Change the words, tell a lie, claim moral authority (that one is really sad) by hook or by crook they will justify their immoral, corrupt, murderous behaviour and it has been going on for hundreds of years.

How about this latest “it’s legal, no it’s not” game…Germany presently considers bestiality legal, who knew? Since 1969 (what happened in 1969 that it became legal?). Apparently 100,000 plus “animal lovers” know and are demanding their “animal loving” be kept legal.

What right does the State have making laws reach into the bedroom…uh….or barnyard?

At common law the threshold is “threat of harm or harm to person or property”. At law, animals are considered property (kinda like women in Canada until the “persons” case in 1929 recognized them as persons not property LINK ).

So, the question is… does a sexual act to/with an animal actually cause the animal harm and can anyone prove it?

Have you ever had your leg humped by a dog? Looks like consent to me. What? Animals can’t give consent? The legal theory goes, you see, property has no consciousness only people/persons do? Hmmm, didn’t they use that legal justification for human slavery in America (and elsewhere) fairly recently, and for thousands of years?

The claim made by the “animals need the law to protect them” group states that animals can’t give consent therefore it could harm them and only by giving consent can one be sure the animal “wants” it and won’t be harmed by it. So if the animal consented it would be OK then?

Wow. Isn’t “law” fun? Now apparently, animals, because they cannot consent, any act upon them that may harm them (sexual in this case) should be illegal? I wonder if they would consent (if they could) to being killed and eaten, or raised in a box, or castrated, or branded, forcibly masturbated, forcibly artificially inseminated…or…or…or… where would it stop?

For millennia one group of humans would gladly kill another group and justify their slaughter by de-humanizing them “they are just animals” or “they are lower than animals”. I’m not talking ancient history here – try every conflict in the 20th century and even some religious ideologies.

The claim is that It’s morally OK to kill “them (insert race/religion/mental capacity)” because “they” are an animal so says the petty, arrogant, self-superior, frightened mind.

The “elite” are reported to refer to the “masses” as “useless eaters”, “the dead” and “collateral damage” so the elite can apparently do what they want to the masses, in their sick, twisted, morally corrupt, convenient “logic”. Lovely.

But back to bestiality. The British love the tabloid stories and this one is deserving of two stories in the Guardian newspaper! The stories are interesting to read and the regardless of what you think of bestiality… isn’t law fun!

Make sure you read the comments some are a riot such as, a legal one.

Our dog humped my leg once. Where do I stand legally?

A granny in our block was charged with having sex with her dog and taking photos…..in court the dog was described as a cross breed…but the judge said in the photos it looked quite happy

America is no longer the beacon of freedom and tolerance – it’s way behind nations like Germany on sexual liberalism [does that mean Germany would be going backwards if they make bestiality illegal?]

Looky looky what I just found while looking for an appropriate picture for this post…the US military has made sodemy and bestiality legal! No way! Yes, way!

This takes the old “don’t ask don’t tell” policy to new heights or is that lows?

The Associated Press (via the Boston Globe) is reporting that the Democratic-controlled US Senate has passed the $662 billion 2012 NDAA (National Defense Authorization Act).

The NDAA covers everything from jet strike fighters to housing for military families.

It also de-criminalizes both sodomy and bestiality.

In a press release from the US Senate Committee on the Armed Services (Chairman – Sen. Carl Levin, D-MI) from June 17, 2011, under the Military Personnel Policy section (page 9), it clearly states that the Committee has added to the Fiscal Year 2012 NDAA the following;

Also repeals Article 125 of the UCMJ, relating to the offense of sodomy.

The Library of Congress has recorded and saved for posterity every letter and number associated Senate bill, S. 1867. Specifically;

(d) Repeal of Sodomy Article- Section 925 of such title (article 125 of the Uniform Code of Military Justice) is repealed.

On an official US Air Force website, Article 125 of the UCMJ (Uniform Code of Military Justice) formerly prohibited both sodomy and bestiality.

(a) Any person subject to this chapter who engages in unnatural carnal copulation with another person of the same or opposite sex or with an animal is guilty of sodomy. Penetration , however slight, is sufficient to complete the offense.

(b) Any person found guilty of sodomy shall be punished as a court-martial may direct.

All your dinner meat is a result of bestiality. Did you know that?

Related Posts
Systemized Fraud? Part 2
Is it possible that systemized fraud extends into our justice system? I hope not. I…
You Can’t Believe Anything You Hear OR See Anymore
In the good old days, people took pictures to prove what was real. Now with…
More on Why I’m Not Scared of ‘person’
Every dictionary I look at primarily defines 'person' as 'human being' or 'man', even law…