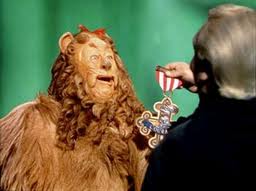 Who needs thrill sports when you have the greatest cause of all time to stand up and test your mettle….freedom.

People are being tricked, trapped and harassed into court proceedings at an alarming rate right now, all across Canada for tax evasion. It’s all part of the Department of Justice (DoJ) and Canada Revenue Agency (CRA) latest stab at the “disease” (their word) that many people have got. Its called a desire for freedom and it is the bain of corrupt politicians, power hungry bureaucrats, governments, dictators and tyrants over the millennia.

The powers that be squirm when the sleeping masses awaken and demand their rights be recognized. Bloody inconvenient and better stamp it out before it becomes a REAL problem.

If you have seen the recent hot movie “Hunger Games” there are many telling scenes but this one sums up the elite attitude who carefully orchestrate the “games” to maintain power and control over the masses (sound familiar?).

The “games” consists of 13 outlying Districts have 2 teens each, randomly picked, being sent to a wilderness “playing field” where, after some training, hunt and fight to the death, until one is left alive….the winner. AND they are observed 24 hrs a day on tv, which is broadcast to the masses as entertainment (programming)…while the elite/wealthy in the city place bets, like at the horse track, on the likely winner. YAY what a happy story.

If you are one of those being attacked via corrupted and VOID legal process, you are not alone. You don’t need to feel alone anymore, the list of present and future targets is in the hundreds of people…..

It’s Deja Vu All Over Again With Many Court Actions

It’s been a while but WAAAAY back in time when I was in court over and over as “defendant” and agent at the Provincial Court of B.C. , Supreme Court of B.C. and B.C. Court of Appeal many people

Court action is back big time after a decade and the stakes are higher than before. The DoJ and CRA have plotted, planned and put into play their legally VOID position hoping that we will not stand up to the intimidation, fail emotionally or self destruct in their foreign world of “court process”.

Who needs thrill sports when you have the greatest cause of all time to stand up and test your mettle….freedom.

Are you up to the task? It doesn’t matter really because for many that task is coming to you, whether you are ready or not. Courage is easier with other people on your side and there are LOTS of people on your side….lets bring ’em together.

The gods favour the prepared.

don’t fall prey to the emotions they want you most to experience…. fear and hopelessness.

Don’t become a victim. You can become a Victor.

Related Posts
Marc Boyer: No Person, TPP, Slavery
Interesting case with a history in the courts. Marc Boyer (MarijuanaParty.ca): Canada knowingly signed TPP…
Judges’ Requirement to Assist Unrepresented People
Check out this article on the Supreme Court of Canada re confirming what the Canadian…
Elections Corruption
We recently had an election scandal in Canada get exposed about the past federal election…