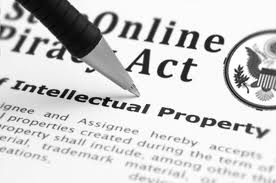 The SAME People Who Want SOPA PASSED Are the Ones Who Distributed All the File Sharing Software!

SOPA is pending legislation called the Stop Online Privacy Act and millions of dollars are being spent to pass new laws that would give unknown amounts of control to corporations to control the internet BUT here is a wee principle in law referred to as the “clean hands doctrine” which generally means you can’t come to a court (or lawmaker) and seek remedy for some action that you participated in or was illegal in the first place. Makes sense right?

There is a lot of noise about the Internet being used to download “illegal” copies of music, movies, tv shows, book etc. anything covered by a commercial copyright. OK, makes sense too. I can see a possible problem with that, if it were that simple.

BUT, It seems that the companies suing people for downloading copyright material, and there have been people sued successfully, not only participated in the damage they now claim….they promoted it, educated on it, provided the software to do it and profited from the process of showing, enabling and encouraging people to “illegally” download copyrighted material. Huh??

That’s right all the big companies crying foul now were full on participants in promoting and educating how to do the “illegal” downloading….by the millions.

IF that is true, you’d think their begging for more laws to protect themselves and more lawsuits to compensate themselves would seem a little frivolous. After all, THEY are the “proximate cause of their own injury” therefore have no standing to make a complaint or seek remedy. They helped cause the “problem” so they get no assistance from the courts. Period.

Here’s a great video explaining it all, in fun way, and is a fantastic example of how to stack the evidence in your favour to demonstrate the other party has no right to make a complaint or seek protection.

Go to http://onecandleinthedark.blogspot.com and http://www.cbsyousuck.com for thousands of pages of evidence and links to the original source research on the Internet Wayback Machine.

The shocking truth about companies creating the problem then running to lawmakers to protect them:

The original video posting. has the request to download and repost