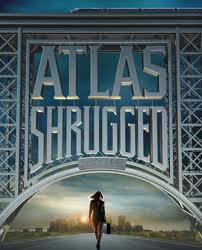 Happy New Year. Is it time for change?

Atlas Shrugged for some reason was a controversial book, because of the ideas it discussed. Ideas are powerful things when passed from person to person, they can grow and take hold. Good ideas and bad ideas.

Many people call an idea bad and their’s good, instead of exploring the differences and possibly appreciating some of the benefits of a different idea, often the attitude is “you’re stupid” or “dangerous”…for thousands of years.

Hate runs deep in the arena of ideas especially when one group benefits at the expense of others if THEIR idea is the LAW.

Oh, I know why……the people who hate the ideas in Atlas Shrugged are used to living off the efforts of people who create, produce and do productive work and the promotion of self responsibility, being creative, productive and accountable just makes those folks mighty uncomfortable.

If you were living off the efforts of another you’d get pissed too if they all of a sudden said, “HEY, no more! Feed, clothe and nurture yourself without sucking off my energy”. Ayn Rand was more diplomatic, me thinks.  😉

It is a classic case of collectivist versus individualist attitudes clashing. Do I agree with every idea in Atlas Shrugged or the Objectivist philosophy? Nope. But I get it, and see the need to recognize the value of the discussion and philosophies it covers because we have a serious parasite infestation problem.

For those who missed it, the Atlas Shrugged movie Part 1 of 3 was released April 2011 to scathing reviews from collectivist critics and rave review from individualists….go figure. 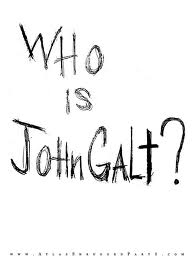 I just saw the DVD release and it was OK, not the greatest film because the book is so complex, but the beginning of a powerful story that quite often seems to describe EXACTLY where we find ourselves today with corrupt, over regulating sleazy businessmen and politicians working together to take over the great, creative, productive businessmen which stifles the economy and weakens every business.

Government produces nothing and over regulation kills business BUT corrupt business men do need to be controlled because not all businessmen are honest and ethical….oh what to do? (does that mean we have to treat EVERY business like they are corrupt)

The assumption by the BIG government boosters is that ALL businessmen are corrupt and need to be highly regulated by THEM (because THEY have the people’s best interests in mind and they are above reproach…trust us they say) is hardly a serious argument but it has lasted a LONG time and it’s getting worse.

Read some news and reviews about the movie here: http://www.atlas-shrugged-movie.com/  > If you’re looking for critical reviews there are plenty, just like for the book. A book that is one of the all time best sellers STILL selling hundreds of thousands every year. Kinda makes you wonder what the critics REALLY hate about Atlas Shrugged if so many everyday folk love it generation after generation.

Maybe the dream is alive. Maybe it’s the hope of integrity and leadership by responsible  individualist men and women who will win out over the forces of bureaucrats and evil men seeking to control others and steal their life’s work?

Do you have hope of that today when you look around and see BIG government and banks and corporations raping and pillaging without fear of any law being applicable to them?

You can be part of that hope. You can do your bit, where you are, in your way and everyone can play a role. There are no heros doing it all for you, we each need to do our part for our benefit and that will help everyone. Withdraw your consent. Withdraw your support.

Hmmm. Self interest helps everyone. A rising tide helps all boats. The more that succeed the more everyone succeeds. What a concept.

Anyone who tells you that you shouldn’t be selfish wants something from you for their self interest. Think about it.

Here’s a YouTube clip about a new documentary on Ayn Rand the author and the first question to her is prophetic about being prophetic….

IN THEATERS JANUARY 17! Get your tickets a thttp://www.dandeentertainment.com/atlas-shrugged Ayn Rand & the Prophecy of Atlas Shrugged is a feature length documentary film that examines the resurging interest in Ayn Rand’s epic and controversial 1957 novel and the validity of its dire prediction for America.

Set in what novelist and philosopher Rand called ‘the day after tomorrow,’ Atlas depicts an America in crisis, brought to her knees by a corrupt establishment of government regulators and businessmen with political pull.

Despite critical scorn and continued derision from intellectuals on all sides of the ideological spectrum Atlas has remained a popular favorite and today sells more copies than it ever did.

Why? Because – as evidenced by pointed and frequent references to Rand and Atlas Shrugged in the media — an increasing number of Americans — right or wrong — see their society devolving into a nightmare scenario like the one Rand projected over a half century ago.

Ayn Rand and the Prophecy of Atlas Shrugged looks into Rand’s background for the ideas and philosophy that inspired and shaped her novel and seeks to determine whether America is indeed headed for the disastrous outcome she predicted.

A positive discussion of Atlas Shrugged on FOX News……:

Related Posts
GERALD CELENTE Reality Check with Answers
Have a listen to a concise and energetic statement of the way things  REALLY are, where they…
Season of Treason III
A very good video with  comprehensive overview of the system that we live in. Recommended… 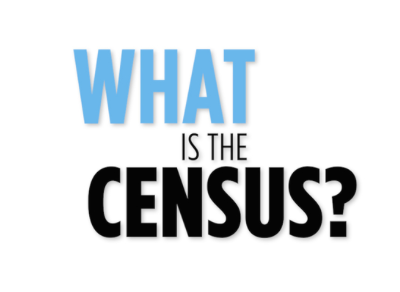 Census. What EXACTLY is Mandatory?
I heard a rumour it is that time again. CENSUS. Questions abound. DO I really…