In yet another violent attack on an unarmed, innocent person many police forces throughout North America are discovering the higher risk of their sometimes brutal treatment of people may just be caught on camera.

More and more people have cel phone cameras and that’s a good thing. Here’s a link to a Virginia story of a guy getting beaten by 3, yes 3, cops with batons (think of small baseball bats being pounded into your head and body). His future is a lot brighter because someone was quick enough and lucky enough to record it all.

Here’s the story and the video from the Washington Post.

What did he do? Nothing. The police, I guess, were all dressed up for a fight and didn’t want to go home without something to brag about. Sick behaviour, and too frequent historically and still today, only these days there is SOMETIMES a video record of their abuse of power and sick behaviour.

I have a friend who was friends with an RCMP guy. He attended some of the off duty RCMP parties and noted that a lot of bragging went on about who-did-what-to-some-poor-shmuck the past shift, all while well lubricated with liquor and bravado, both male and female officers.

Are all police like this? Of course not. But far too many are and they appear to be protected by their fellow officers and superiors for on duty crimes. I know it’s not news, most people accept that police break the law as fact. No one wants to admit it but, it’s too often true.

Your most powerful tool of truth today is in your pocket right now. Your cel phone. More and more people are being saved and more police crimes are being exposed. Don’t stop recording and always be prepared to record. Truth and justice can only have a chance if police acted as if they were being videoed everywhere and they knew they were really accountable for their actions.

Everyone has a right to record in public places and public persons, period and end of story. These cases demonstrate exactly why. They don’t like it…can you guess why? Sometimes they will tell people it’s against the law and to stop. Not true.

Here’s a case where the police are charging a guy with a federal offence for recording a police officer. If he carries the case through he should win. Imagine what would happen if these “wiretapping” laws are falsely applied to private citizens protecting themselves against state violence by public officers in public places. Story here.

The taser death case of Robert Dziekanski at the Vancouver Airport is another sad, prime example of officers of the law looking to overpower people instead of work to calm a situation without the use of any violence, never mind an “appropriate level of violence” for self defence purposes only.

In my opinion, the video evidence is very compelling and the police actions way out of line. If there was video of you committing a crime how long would your trial be? Somehow internal police investigations almost always vindicate the officer, how strange.

Somehow, multiple police officers, without exception, all tell a different story than the video evidence shows, to protect their buddy. That is, I think, “obstruction of justice” and nothing is done about that, either. hmmmm And if there is a big enough public outcry once the damning, obvious, anyone-in-their-right-mind-can-spot-a-crime-video is released on the internet, millions of dollars are spent “investigating” and often little done. Here’s a lawyers viewpoint. One Lawyer’s Opinion on the Dziekanski Inquiry PDF

Everyone now knows that the law enforcement credibility is, at present, very low. Everyone knows why. There used to be lots of suspicion, now there is growing video evidence, to prove whwat everyone knows, too many instances of excessive police violence.

Hey you, Mr. and Ms. police officer, your first duty as an officer of the law, is to the law, not your buddy. HELLO.

Anyone who breaks the law is a criminal, public Officers are not excluded from obeying the law. Period. If anything they have a higher duty to maintain the law. It’s a quaint, old notion.

They have a duty to operate lawfully and if they break the law they should not receive special treatment. Ignorance of the law is no excuse and “I have a badge” is REALLY no excuse as noted by one police chief:

“The sergeant’s suspension comes a day after Police Chief Roberto L. Hylton said officers who saw the incident had “a duty” to intervene or at least report the use of force.” link

Common law and State mandated levels of violence are for self defence, not to just enforce compliance, or just for adrenaline pumping, macho fun.

Most of the time not only does the beating victim get a beating, they also face trumped up, phoney charges because the police need an excuse for their actions and the victim must have done bad and horrible things to deserve such a beating. That means the cops lie, lie, lie to protect themselves and buddies.

Hey, I can understand the first lie. Many people deny initially because we don’t want to take responsibility for a stupid action, or admit we really did that bad thing. But when confronted with video evidence, to keep on lying? hmmm.

Oh yes, to top it all off, some police have the nerve to sue for pain and suffering caused by their crime being captured on tape and made public. That’s right the “2nd degree murderer” of the Polish immigrant at the Vancouver airport is suing CBC. The officer should be in jail,  after he faces a fair trial. Period.

Think about it. Go taser someone 5 times have them die and would you be prosecuted and convicted of something?

Oh, and there is the little, minor bit, that they lied in their reports of the incident and on the stand under oath. More unpunished crimes. Let’s not even talk about the RCMP internal investigation white washing the whole affair, other than the fact that the RCMP has admitted they cannot be trusted to investigate their own and will now have “outside investigators” “in cases involving serious injury or death of suspects”:

RCMP kills an unarmed man with 5 taser shots, while 4 officers, in bullet proof vests, appearing to fear for their lives, jump on the guy and he is suing for:

“In the writ, which doesn’t specify what the CBC published or broadcast that was defamatory, Millington says his reputation has been seriously injured, he has suffered embarrassment and distress, and has been brought into public ridicule.”

What’s the bottom line? Keep your cel phone video handy. You just might be the person who saves the life and future of the next police brutality victim. If you were attacked by police, would you want someone to video it?

The Golden Rule rules again “do unto others as you would have them do unto you”.

Note: I like and respect “good” cops and I hope they win in the end, we could use the help. I can’t imagine how tough it is being a good cop in a corrupt working environment.

UPDATE: on the Maryland charges (makes me glad NOT to be in the US):

Darn, another one courtesy of Victoria, B.C. police (this one is special it was the police’s own cameras)?

Related Posts
How You Are Mind Controlled
I've done a few posts about the concept of social programming, brainwashing of citizens etc.… 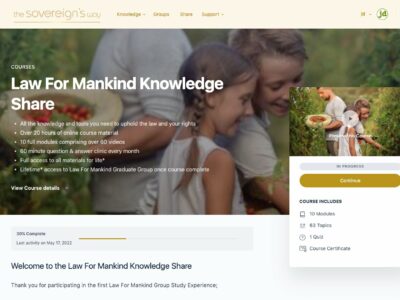 Free Webinar and Q+A: law common to i
We don't have advertising on this site. No sponsors. We don't sell anything. Just free…
RCMP Complaint Process
Every corporation and government agency/department has an official history and a official complaint process. Both…