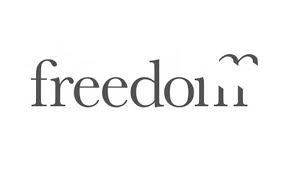 In today’s world you are a citizen of a nation state or a stateless person.

If you are a citizen of a nation state does that mean that the nation owns you and your labour?

Does the nation state have the right to tell you how to live your life or take your children away, force you to have vaccinations, force you to pay into insurance programs you don’t want to participate in?

Who really owns you? (watch for a new webinar coming soon on this)

If you have no say in what your choices are… are you free?

If you live in a common law country the state is supposed to stay out of your private life. If the state is intruding, are they breaking the law, or did you invite them in unknowingly?

Common law governments only gain the right of intrusion into your private life if you request, agree or acquiesce. The only other way is in the “public interest”, which is used far too often in a manipulated way to invade your private life.

Freedom and liberty are founded on the self responsibility of the individual. Give up being self responsible and you invite into your life the controlling state.

Around the world people seek to be free, but want to governed. Its a bit of an oxymoron. Civil “servants” was the model that got turned upside down into civilian slaves.

By the way, anarchy is really defined as responsible people governing themselves and requiring no external government to tell them what to do. It’s not chaos and war like the ones who want to govern you tell you.

The lie they tell is “you need us to govern you and keep others in line because war, violence and chaos will break out if we don’t run things”.

Anarchy is bad they say. Yes bad for them, because you wouldn’t need them anymore.

Are we really ready for self government? Are we done being irresponsible, harming others and taking other peoples stuff (basically acting like greedy thoughtless children, blaming others….which is usually the result of poor parenting)

Most of us are, but there are those relative few who are not. Does that mean we all need to be forced under the yoke of control because of a few “bad apples”?

In reality the percentage of “bad”people is very small and that, let’s say .01% is the reason “they” use to justify the “war on terror”.

The truth is you have a 1000x better chance of being terrorized by your own government than by a “terrorist”. There’s an old saying “one man’s terrorist is another man’s freedom fighter” meaning most terrorism is done in the name of trying to evict a dictatorial, corrupt, violent government regime.

In the USA, Canada, Britain, Australia etc. each and every government has moved from the original design of representatives of the people having a voice in government to one where each “people’s representative” must do as the leader/party line orders them to do. That’s dictatorship hiding in the guise of representative government.

People now EXPECT politicians to lie, cheat and steal….and they get away with it, even get elected again in spite of it. Do “the people” get the government they deserve? Apathy, powerlessness and disdain are rampant among the populace.

But, from Egypt to Bahrain to Wisconsin, some people are tired of governments that act like dictators serving their own interests and corporate interests to the detriment of the people.

The bottom line is, the state owns you until enough people stand up and say “no more”.

And the state will act like it owns you in 10, or 20 or 30 years unless people continue to stand up every time the state tries to ease back into reducing rights and gaining more control.

One great statesman noted “the price of freedom is eternal vigilance” (Thomas Jefferson).

I guess most people got distracted and went to sleep (or are living in fear of speaking/standing up). Now many are waking up again and taking action, before its too late.

Withdraw your consent. Take back your freedom, independence and self responsibility.

(watch for a new webinar coming soon on this)

For now listen to Georg Carlin’s famous rant that is so true (warning: naughty words used):

Who Owns You? by Puppetgov

“I predict future happiness for Americans if they can prevent the government from wasting the labors of the people under the pretense of taking care of them.” —  Thomas Jefferson

Related Posts
Responsibility
The fundamental idea behind common law freedom and liberty is; individual responsibility. Have we been…
Does Canada Exist as a Nation?
Check out these web pages and book for compelling info on the proposition that Canada…
Privacy rights, taken away or given up?
Maybe the State doesn't take our rights away? Maybe as the article below claims "we…