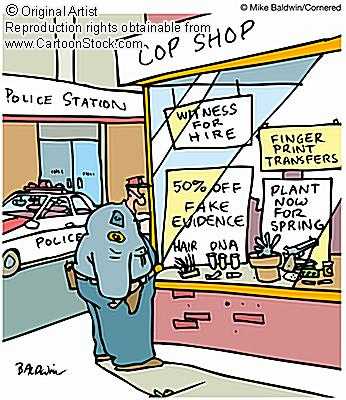 Unfortunately the honourable profession of policing continues to get a bad name for itself, too often.

Another case of cops gone bad, this time Chicago. We’ve heard stories about dirty cops in the big cities (and small) and they are often portrayed in Hollywood movies….only this ain’t Hollywood.

Some of Chicago’s “finest” are finally being held accountable for torturing innocent men into confessing to crimes, for which the innocent guys went to prison for a long time.

“CHICAGO – As a former Chicago police commander reported to federal prison Wednesday for lying about the torture of murder suspects decades ago, a man his detectives allegedly beat into confessing learned he was being freed after spending 25 years in prison.

Jon Burge, whose name in Chicago is synonymous with police brutality and racism, turned himself in Wednesday morning to begin a 4 1/2-year sentence at Butner Federal Correctional Complex in North Carolina. Hours later in Chicago, a judge ordered 45-year-old Eric Caine released from Menard Correctional Center after prosecutors conceded that they didn’t have enough evidence to convict Caine of murder again without the suspect confession he gave police in 1986.

….For men like Leonard Kidd — who contends he confessed in 1984 to a quadruple homicide after Burge’s men applied electric shocks to his genitals and tortured him in other ways — the commission may be the last chance to get the justice system to consider claims that Burge and his men shocked, beat and suffocated them into confessions.” [full article link below]

Not in America you say? Tosh.

From “Beautiful British Columbia” (where six (?) of Vancouver Police Departments (VPD) “finest” pick up, drive to a park and beat up a couple of gays, in the world famous Stanley Park, not exactly the fun family outing most people have when they go there) to anywhere(?) there are cops in it for power and kicks, not “to serve and protect”.

If I remember correctly one of the present-at-the-beating VPD officers spoke out, even if it was after he witnessed the beating and did not intervene, at least he did that, BIG kudos to him.

The big lie sold to cops, military, elites, civil servants is “don’t rat on your brother/sister member, never mind if they are breaking the law, you have a higher duty to each other than to uphold the law”. Sick.

Police swear an oath to uphold the law, which also means reporting a crime, no matter who.

Military swear an oath too and are bound not to follow an illegal order. Do you think it would be hard to tell your superior that you “respectfully decline” to follow their illegal order? Uh, YA!

Only when good cops, good military personnel and good civil servents put their duty to the law and stand in the right, above protecting their buddy, will things look up for us all.

Fat chance you say? Well, with video cameras and cel phone cameras everywhere maybe that will be the nudge the good ones need to do the right thing.

The light of truth will eliminate the darkness of fear and power gone astray. Until the good people overcome their fear and stand up to the wrong doing of others not much will change.