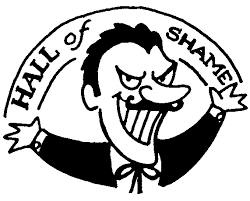 In the world of the average guy wrong doing is shameful. Most people have a conscience and the fear of shame helps people know the difference between right and wrong. Shame has been used in the wrong way too, to manipulate (shame on those types!).

I’m referring to the internal moral compass we have (most of us) when it comes to knowing right from wrong. Most people are basically good and given the choice will do the right thing. Sometimes we need a nudge but temptation can strong when we are not.

In the really big out-there-world shame isn’t enough. Getting caught and maybe being sent to prison is an extra level of “you might not want to do that bad thing you’re thinking of doing”.

What happens when you have no personal shame because “everybody is doing it” and it is “just the way things work” and you have no fear of getting caught because everyone around you is just as guilty and you know that the laws that are in place to punish you will never be enforced?

Would you be more inclined to make a poor decision and take actions you normally might no if there was no risk of punishmentt?

Let’s review that idea, from the perspective of “one being tempted”:

Can you say situational ethics?

It takes a STRONG person to stand against the tide of lying, cheating, stealing, manipulation and threat of personal loss of a job or career. Not many make the hard choice, but everyone can.

You need to know what your personal standards are and hold fast to them in spite of what is swirling around you.

You need to know what the laws/rules are to ensure you act within them.

You need to care that you do the right thing always, no matter what people say or do, because you will know, and selling your soul one piece at time is a road that might just catch up with you.

There are people who have spoken out about the fraud and illegal goings on in in the USA (and elsewhere) with banks, the Federal Reserve, Congress and the President.

They have been mocked, derided, called traitors and worse.

Truth which has been there for all to see all along, for those who cared to look and who had not sold their soul for power, prestige or profit, is now hitting the mainstream. Some has been for a long time….but nothing is done about the lies and fraud WE NOW ALL KNOW WERE LIES AND A FRAUD. Do you think that emboldens the weak when being tempted?

Slowly as the ship of USA prepares to sink more people are going “hey, we’ve been sabotaged from the inside”. Congress has largely been on-the-take to allow this to occur.

It’s time for the laws that are in place to be used to prosecute those who broke the laws or the Department of Justice is also complicit, or should we say continues to be complicit.

This system isn’t broken. The people within the system need to be exposed fully, held accountable for their actions, choices and lies. The laws are there, the processes are there, the rules are there…now enforce them and punish ALL the active and passive participants, or else nothing will change, ever.

Here’s the latest news program MNBC finally telling it like it is:

Visit msnbc.com for breaking news, world news, and news about the economy

Related Posts
No More Dirty Cops Please
Unfortunately the honourable profession of policing continues to get a bad name for itself, too…
PrePaid “Credit” Cards
Credit cards can be a convenient way to move through today's world. BUT if you… 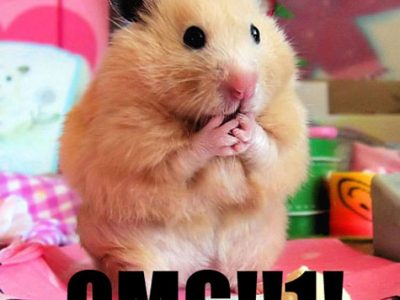