The fundamental idea behind common law freedom and liberty is; individual responsibility.

Have we been to taught, encouraged, coached to be weak, irresponsible, finger pointing, immature sheeple?

Every bureaucracy, without proper controls to limit it, seeks to expand its powers and control.

Big brother is no more, it really is Big Daddy. The state has become the de facto parent of everyone.

The state sets the rules for how to live your life, what you can and cannot do at home, work, in your car.

You are a suspected terrorist everywhere you go and must pass the test to reduce the suspicion (its never really gone).

Common law has a basic principle “you are innocent until proven guilty” and to be investigated you need to have done something that was provably suspicious of a criminal act. My how times have changed.

If you claim you rights now, you are labeled suspicious. Trying to have your rights upheld turns the state against you as a possible threat to them. Hmmmm. That’s a clue.

The state has no power except the power that the people give to it and since the people have been kept ignorant of their own rights and taught to seek “help” and “benefits” from government the people give their power away even if they protest as it is pried from their hands.

But we are many, they are few. Unfortunately, it only takes one sheep dog to herd a large group of sheep because the sheep largely herd each other.

But the State does maintain SOME claim of legitimacy if individuals, or groups of individuals, ACT irresponsibly or if you sign agreements, make applications or register property with the State.

Every irresponsible act, or sign paper, justifies the state’s police power (even if that act was orchestrated and executed by the state). When the people weren’t bad enough to justify the level of control demonstrated the state then needs a visible, dramatic event to then stand tall in justification for more power to suppress the people, in the name of safety for all.

Many governments have a fine record of such self created events, like the USA, Canada and England.

What would happen if crime was near zero, protests never got violent (people show up but stay back from the line), and everyone stopped supporting corporations guilty of crimes? Ghandi did it, and many others try to emulate it.

What would happen if everyone who could vote showed up and voted for an independent candidate and threw all the parties out entirely?

What would happen if the senior civil servants (who actually run everything and tell the elected members how things work and what to do) were replaced, re-trained or held legally accountable for their actions?

What would happen if the lawyers who twist the laws and hide the truth were held accountable?

What would happen if the accountants who manipulate the numbers and create complex accounting scandals were held accountable? 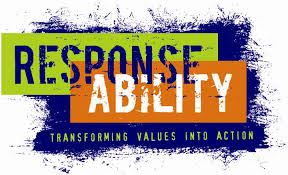 The world today runs on corrupt lawyers and corrupt accountants designing fraudulent schemes fronted by corrupt politicians who sell it to the people and corrupt police (or corrupt Department of Justice lawyers) do not enforce the laws.

Is it time to clean house?

How are you doing on personal responsibility?

Be the change you want to see in the world, Ghandi said. For the world to really change we need to all be better, more responsible, more accountible and more honest individuals. Most people are probably pretty good already. I would suspect most are very good.

There needs to be a standard set that is actually enforced. We need to ensure those around us are responsible and speak out when they are not. Which can mean helping them see the error of their ways, when possible.

What choice would you make if you KNEW that everyone would know that you made that choice, took that action?

That is most likely the RIGHT choice, the legal way and the honourable path. 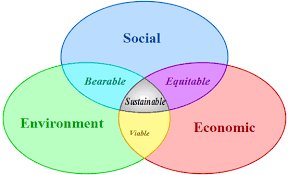 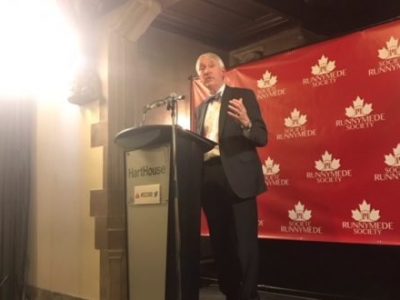