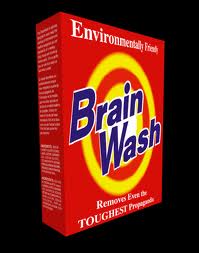 When someone in authority says jump do you,

If your answer is a, b or d you might want to keep reading.

We have been conditioned, trained, brainwashed or emotionally/intellectually whipped to respond without question to ANYONE in authority…even bank tellers.

Sad but true. If they are civil servants aren’t they supposed to be serving you? Why do we let them boss us around? See above.

If you would like to reprogram your automatic slave response and re install the “master” attitude you might want to visit this info. Have fun….its a start!

Maybe its time to wash your brain clean of the “authority programming”?

One key way to begin is the “search for meaning”.

We have been sold a pack of “stories”, “lies”, “fictions” about life and society that traps us into an idea of who we are and our role in the world for the benefit of a system that is run by an elite group of people who claim power over us (at least that is the story many people tell and live).

“Know thyself” is an ancient guiding principle to begin your real journey in life. Below is a movie that offers some ideas on you, the world and questions that may lead you to knew understandings, maybe not. You may find the ideas and philosophies challenging, I don’t agree with everything it proposes, but it’s interesting to explore and consider new ways of evaluating and understanding…Who am I? Why am I here? What is it all about?

Below the movie are some excellent ideas that may help you break self defeating ideas in interaction with society and others.

Have fun, it really is about the journey….so enjoy it, as soon as possible.  🙂

One of RIT’s specialties is critical thinking about authority. Though certain political groups may promote resistance to political authority and other groups, such as skeptics, ask you to question many areas of popular thought, we know of no other group that is pursuing, as a major objective, critical thinking about authority per se from a nonpartisan, psychological perspective. Toward this end, we are developing resources to be placed on this new page within our web site. Watch for frequent new arrivals.

How to Avoid being Manipulated, Bamboozled and Seduced by Experts and Authorities
http://www.rit.org/critical/nomanip.html

Positive Things You Can Do to Be Less Vulnerable to Influence and Authority
http://www.rit.org/critical/things.html

Review of The Guru Papers
http://www.rit.org/reviews/guru_ppr.html

Related Posts
9/11 Lies
Pay attention especially from 5:05 onward although all of the discussion is valid: 9/11 Was…
Can You Record Your Own Conversations?
There is an ongoing confusion about whether or not you are "allowed" to audio record…
The Senate Appointments Traded for Future Favours
I thought there was a law against giving political rewards, job positions for the expected…