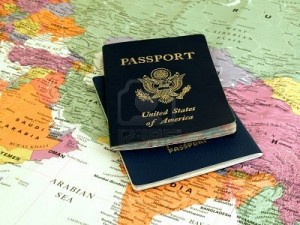 I’ve heard for years that there are two different citizens in the U.S. and that made perfect sense to me. The individual States were independent legal entities that had State citizens and when they agreed to become part of the U.S.A. they did not dissolve their Statehood they only gave away some “jobs” of common interest to the federal government that each State gave up.

They never gave up nearly as much power as the feds now claim jurisdiction over.

The same basic situation exists in Canada although the two types of citizens is less clear.

I came across a fellow by the name of Richard Cornforth teaching online. As with all folks teaching you need to do your due diligence and realize that some folks know what they are talking about and some only teach what other people have done or researched without having real world experience, or even good research done to confirm what they are teaching.

Richard seems to have plenty of experience (but don’t take my word for it) and I really like how this issue of two citizens is addressed on his website. It is so clearly demonstrated using case law quotes that not much more needs to be said. After reading the below you might want to get a hold of some of the decisions and find the exact quote used to confirm it was a real decision! Why? Well, on more than one occasion I’ve seen case law quotes that could not be confirmed!

Prove it to yourself because it is all only hearsay based on other peoples’ beliefs/knowledge until you do the work yourself. Richard has a lot of videos on YouTube – just search his name.

There have always been 2 classes of citizens in America.

The Constitution for the United States of America talks about 2 classes of citizens.

Article IV, Section 2 Clause 1 says; “The Citizens of each State shall be entitled to all Privileges and Immunities of Citizens in the several States.”

The courts have talked about the two classes of citizens as shown below.

“there is in our Political System, a government of each of the several states and a government of the United States  Each is distinct from the other and has citizens of its own.” . US vs. Cruikshank, 92 US 542,

The Fourteenth Amendment, “….creates or at least recognizes for the first time a citizenship of the United States, as distinct from that of the States.”
Black’s Law Dictionary, 5th Edition at pg 591;

“Citizenship of the United States does not entitle citizens to privileges and immunities
of Citizens of the State, since privileges of one are not the same as the other” Tashiro v. Jordan, 255 P. 545 California Supreme Court

The United States Supreme Court quite thoroughly expanded on the two classes
of citizenship in the case Maxwell v Dow, 20 S.C.R. 448, where it said:

“…that there was a citizenship of the United States and a citizenship of the states,
which were distinct from each other, depending upon different characteristics and circumstances in the individual; that it was only privileges and immunities of the citizens of the United States that were placed by the amendment under the protection of the Federal Constitution, and that the privileges and immunities of a citizen of a state, whatever they might be, were not intended to have any additional protection by the
paragraph in question, but they must rest for their security and protectionwhere they have heretofore rested.”
Maxwell v Dow, 20 S.C.R. 448, at pg 451;

These two classes of citizenship continue to this day,

“Privileges and immunities clause of the Fourteenth Amendment protects only those rights peculiar to being a citizen of the federal government; it does not protect those rights which relate to state citizenship. 14,§ 1.”
Jones v Temmer, 829 F.Supp. 1226 (D.Colo. 1993);

Pretty solid sounding right. Any questions? Watch for our upcoming posting on the U.S. passport application and what a close read of it really reveals….

Here is part 1 of 3 of his live workshop:

Here is part 2 of 3 of his live workshop:

Here is part 3 of 3 of his live workshop:

Public Servants Have Rules Too
It Has Become Your Job to Remind THEM of the THEIR Rules if you are…
Read The “Law” Yourself
How to Read "The Law" Don't take ANYONE's word for what "the law is". If…
Does Canada Exist as a Nation?
Check out these web pages and book for compelling info on the proposition that Canada…