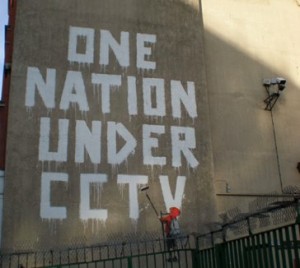 Smile, your kids are under constant video surveillance IN school, or might be soon if a new bill passes in BC.

BC Civil Liberties Association reports that they are taking the issue on to try and stop it from becoming law.

Micheal Vonn, Policy Director:  “We believe this bill is going to usher in a needless, costly and harmful expansion of video surveillance in our schools.  Study after study shows that video surveillance has very limited utility. It might be justified in a computer lab where there have been a series of reported thefts, but it should never be used to generally monitor student behaviour. That is an unacceptable intrusion on students’ private lives that offers no quantifiable increase in safety.”

Studies of video surveillance in schools note a “function creep” which shows that cameras are initially placed on the perimeters of schools but soon “creep” into more controversial spaces like classrooms and washrooms.

Vonn:  “The current law has the appropriate test. We have to remember that public schools have an important role in teaching the values of our free and democratic society.  Schools must reflect the values of an open society and not the surveillance culture of the reformatory.”

Kudos to the BCCLA for picking this up and going after it.

England the historic home of many freedom rights is now the most watched population on the planet with CCTVs monitoring almost everywhere.

“Britain is officially the most watched country in the world. We’re now monitored by some four million CCTV (Closed Circuit Television) cameras, one for every 14 citizens. If you live in London, the chances are you are caught on CCTV about 300 times a day.”

Fears that the UK would “sleep-walk into a surveillance society” have become a reality, the government’s information commissioner has said.

Richard Thomas, who said he raised concerns two years ago, spoke after research found people’s actions were increasingly being monitored.Researchers highlight “dataveillance”, the use of credit card, mobile phone and loyalty card information, and CCTV.

Monitoring of work rates, travel and telecommunications is also rising.

Studys show minimal to no increase in safety or crime reducation. Here’s one study:

BC might be next to be covered in cameras, feeding into dark control rooms, recording everything and everyone in sight. Slowly but surely “creep” will try to occur here and there, then everywhere.

Do you remember the fuss about all the cameras being put up around downtown Vancouver because of the Olympics? They were allowed to as long as they were removed after the Olympics was over. I wonder how many stayed?

More cameras watching us, a good idea or bad?

Related Posts
When Criminals Run The Show
The mafia took 20% of a business income to "protect" a business....from the mafia. Your…
Standing Strong in Court Webinar
Be Prepared for Going Into the Lion's Den I've been talking with a number of…
Webinar: The Hidden Power of ‘private person’ and ‘natural person’
New overview introductory webinar to cover the key concepts and principles of what is a…