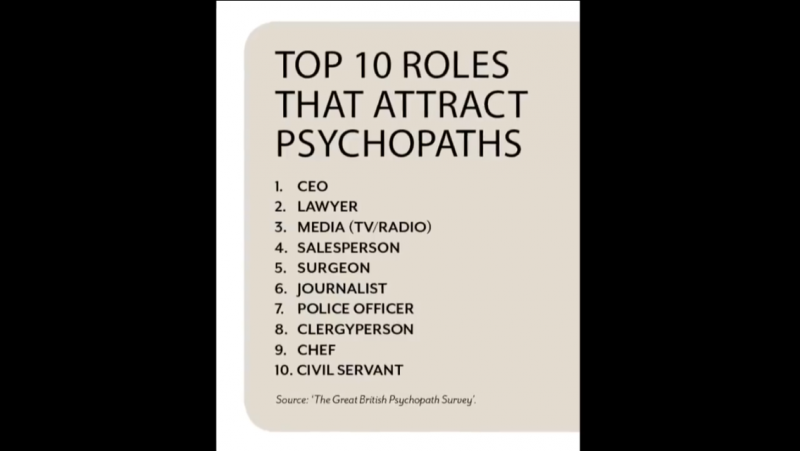 This research finding explains a lot. Makes so much sense.

Who are the “system” people that we have the most problems with? They are all here, 7 of the top 10 list…

you don’t have to be mad to work here..

Kevin Dutton, a psychologist at Oxford University’s Department of Experimental Psychology, revealed these results after conducting an extensive survey into psychopathic behaviour

A PSYCHOLOGIST has revealed the top ten professions with the most psychopaths – and there are some surprising entries at the top of the list.

Kevin Dutton, a psychologist at Oxford University’s Department of Experimental Psychology, revealed these results after conducting an extensive survey into psychopathic behaviour.

And the ‘Great British Good Psychopath Survey’ yielded some unusual results after testing thousands of Brits for the characteristics associated with being a “good” psychopath.

These traits include extreme self-confidence, egocentricity, charm and fearlessness, with the coldness of a person’s heart also indicating whether they could be a psychopath.

Whilst CEOs and lawyers come in at the top, people working in media or sales jobs are also more likely to have psychopathic traits, with surgeons also taking an alarmingly high spot on the list.

The top ten professions with the most psychopaths can be seen below:

The psychopathic traits tested for are mostly characteristics which we associate with success – but that doesn’t mean you need to be unhinged to get ahead.

In fact, people with these traits are likely to be less successful at these jobs than their colleagues, meaning they earn less money than others working in the same role.

Meanwhile, these traits are likely to impact on your relationships with others, meaning your out-of-work life could take a hit as a result of your difficult personality.

Whilst high-paying jobs such as CEOs and lawyers feature at the top of this list, the psychopaths in this profession make for worse employees, even though the jobs are magnets for people with psychopathic personalities. 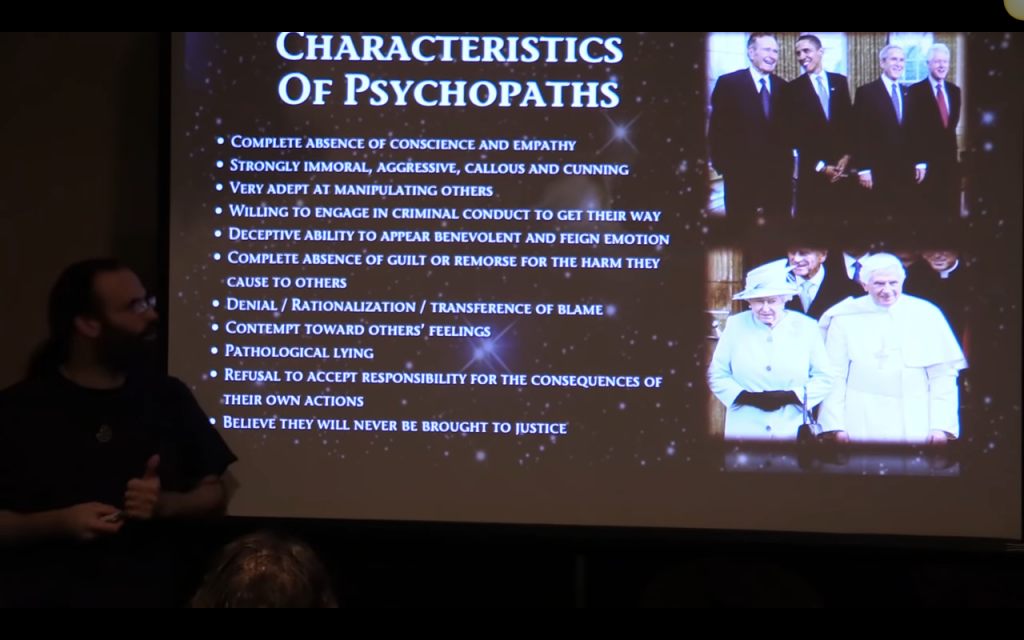 Related Posts
Jurisdiction Has Boundaries
Don't cross that line! Jurisdiction always has boundaries. Sometimes physical and sometimes legal. Which means…
Claim of Right No Longer Available??
Many people have taught and applied the "claim of right" law principle over recent years…
Oaths Update: B.C. Lawyers NOT Bound By Allegiance to the Queen
Many folks state that the lawyers, as part of the BAR, are accountable to the…