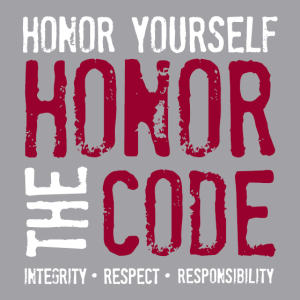 I just heard the Dean Clifford got “arrested” again a few days ago (conveniently at the end of a two day training he was doing in Hamilton, Ontario). You can get more of the limited details and updates at the link at the bottom of this page (read my post first! :-)).

Many questions are unanswered at this time… like, why has Dean not previously pursued court actions for the “crimes” against him? I’m not saying it’s easy but….

My comments are focused on:

These “failings” are not exclusive to the freemen, each is rampant amongst almost all freedom folk to varying degree. Many paths to the truth and many pieces to the puzzle.

I’ve watched Dean’s videos, attended a workshop, met with him one-on-one, chatted on Skype and challenged him in a number of ways. I even offered to help refine and structure his teaching… so I understand him a bit.

I’ve dealt directly over the years with many of the teachers and leaders of various theories, groups etc. I have experience with hundreds of followers, students, curious and committed people. There is a common thread of understanding and belief that,  “Something is seriously wrong, we are being lied to, manipulated, used and laughed at. There are two sets of rules and we had no clue as to the real game being played”

The powers-that-be (PTB), “they”, or whatever, are getting a bit nervous. More and more people are waking up to the fraud, scam, abuses and getting educated. Which is why “they” need to PR position ALL “freedom folk” as “domestic terrorists” in the US, or “possibly dangerous” in Canada, because when enough people understand the scam they have been victims of, and the laws that protect us from “them”, including our right to use force to protect our property and self from their illegal acts, “they” might at greater risk. When a “real” criminal comes at you with a gun you can “cooperate” or fight back. We used to think “real” criminals were not “they”, evidence is mounting BIGTIME that “they” are the bigger threat to us and freedom than the average “real” criminal.

Throughout recorded history and around the world today STILL it is known, acknowledged and reported publicly that many politicians, lawyers, bankers, police, bureaucrats suffer from an ongoing corruption, not all, but enough that it makes it hard for the honest folks to do their job and the long term corruption continues. Do you really, honestly think some or many of your local politicians, lawyers, bankers, police, bureaucrats are NOT corrupt? I didn’t think so. So what are you going to do about it when you hold the evidence?

I DO  NOT ADVOCATE using violence to defend – that is the whole point of courts. Make your peaceful objections on the spot, demand proof of claim, proof of authority, take names, badge numbers, video, audio, quote the statutes that control “them” that “they” are breaking and then FOLLOW THROUGH AND FOLLOW UP with legal complaints. Well evidenced, well structured – just the facts complaints. No whining allowed, no crazy theories allowed. You have enough facts and laws to support you to win, nothing else is needed (and knowing how to access the honourable court that MUST protect your rights).

They have a set of rules. We can beat them with their rules when we have the facts and evidence and proper process in hand. Sure the court system is often politically controlled and corrupt at times, and in many ways, by certain individuals, but not all.

Your overwhelming evidence, well structured, based on principles of law THAT LEAVE NO GREY AREAS for the lawyers to duck and dodge can win. It does happen, it can happen and anyone should be able to learn how to do it.

To seriously consider this, I think people need to understand that honour can still exist in the court process – but you need to do the right things the right way to FORCE them into the honour “they” actively avoid.

The bottom line is we need to learn how to stand up to the official bully by using the courts properly to hold “them” to account.

If you do not complain when you have a legitimate issue, well evidenced, then you give “them” permission to abuse you more and others as well.

We all have a duty at law to report a crime and act as a witness to that crime – if we do not, we become an accessory to the crime.

Steps To Educate For Effective, Successful Rule of Law

1. If you don’t believe common courts still exist and act honourably, or you want to know how to access them, you should check this course out, it is free to private-person.com members, for now: Do Common Law Courts Exist?

2. If you want to learn how to build your evidence, get them into “default” and stay in honour forcing them in to dishonour you should check this course out, how to take EFFECTIVE action to lay the foundation for legal action (by donation): Hope For Justice: In Action

3. If you want to learn how to complain properly and effectively to hold “they” to account under the law, you should check this course out, how to take SUCCESSFUL legal action (by donation): Your Complaint IS Their Restraint

Many people have participated in these course with great reviews and some success stories. The few who followed through and applied have come back to describe the accuracy, importance and value they received from the courses and upon reviewing the course AGAIN, after their court process, paper work process or complaint process, they find even MORE value based on their new found personal experience to view the material through.

Freedom requires knowledge, vigilance, personal responsibility, full liability and staying in honour. Can you honestly say you are there?

If not, that’s OK, it’s a journey back from the dark for us all. After all, the search for freedom has been going on for thousands of years, what makes people think that magically, in the last 60 years, somehow the PTB had actually, voluntarily, released their grip of domination with nary a complaint.

Related Posts
You Can’t Believe Anything You Hear OR See Anymore
In the good old days, people took pictures to prove what was real. Now with… 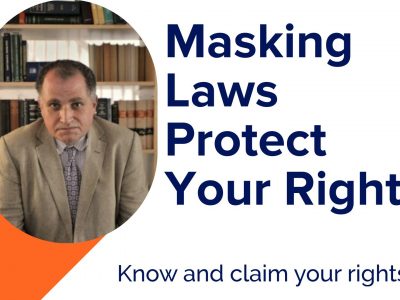 COVID Masking Laws: What are Your Rights and Sue for Infringement
Rocco Galeti has a good series of short videos that explain the laws and your…
Tax man hates your rights?
"Dang nabitt. If only there weren't those darn laws we could fleece 'em even more!"…