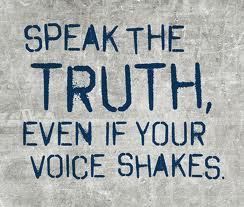 History is full of politicized, coverups and white washes of the rich and powerful, or the courts, or the police, or the bankers, or the accountants….. many now openly exposed and admitted as coverups but some linger in the realm of “possibility” but no real proof.

It’s amazing how in covering up the truth sometimes a little truth slips out. WHY would a judge be EXPECTED to protect Pickton?

Robert Pickton inquiry report has just been released and the big question raised is “are we really to believe it was just ongoing, unbelievably bad incompetence over, and over and over again by the RCMP and local police?”.

If that level of incompetence is REALLY the cause….do these incompetent cops deserve to remain “serving us”. Or is it that the truth is far worse and the powers that be decided that they can play the “oops we were just really, really, really, really….NO REALLY bad at our job” card. Don’t you feel safer now?

Are people that brainwashed, gullible, stupid, scared or asleep? Don’t answer that.

I like this recommendation from the report…read it and think real hard about what it is really saying:

“— The Crown should be required to evaluate the strength of a case based on an assumption that the judge will act impartially and according to the law. The recommendation follows Oppal’s discusion of the decision by the Crown not to proceed with charges against Pickton in 1997 when he was charged with nearly killing a sex worker.” [emphasis mine]

Are they REALLY saying that the Crown evaluated the success of a potential prosecution with the assumption that the judge was NOT going to be impartial and/or NOT going to act according to law?

I would really like to see the specifics of that evidence considered by Oppal to make that statement.

He just said, it seems to me, that the Crown EXPECTED the judge to be biased and act unlawfully in order to acquit Pickton of the possible charges to such a degree that they did not even bother to lay charge s because they knew upfront that the judge would not convict.

WHY would a judge be EXPECTED to protect Pickton?

Why oh why, would Crown expect the judge to let Pickton go and therefore drop the case…. hmmmmm?

Do you think that it was all police incompetence? Really?

Many folks suspected active police involvement in delivering prostitutes to Pickton’s farm which wanders close to more than incompetent….just maybe.

At least one reporter stated that when witnesses who were going to testify to such things… the inquiry wrapped up. Can you say ooops again. Wow, incompetence strikes again…..?

Related Posts
Webinar: The Hidden Power of ‘private person’ and ‘natural person’
New overview introductory webinar to cover the key concepts and principles of what is a…
Ron Paul: The Final Nail in the U.S.A. Freedom and Liberty?
May 25, 2011... Ron Paul speaks to Congress giving a chilling summary of the state…
Systemized Fraud? Part 2
Is it possible that systemized fraud extends into our justice system? I hope not. I…