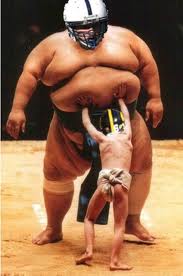 YAY. One for the little guy. Persistence and…. doing it without a lawyer.

NOTE: he was convicted at Provincial Court, appealed and WON at the Supreme Court of B.C.

NOTE: he was convicted of “obstruction” NOT jaywalking (refused to give his “residential” address).

NOTE: he was convicted with a lawyer representing him in Provincial Court and he WON all by himself without a lawyer at the Supreme Court of B.C..

NOTE: he had previously won a case against the West Vancouver Police and awarded

Related Posts
Rule of Law in Canada?
Immigration Minister Jason Kenney said Federal Court judges weren’t toeing the line of the Harper…
The Next Steps in Reclaiming our World and Ourselves A Special Communique from ITCCS
From: Kevin A <hiddenfromhistory1@gmail.com> Date: 12 March, 2013 11:42:09 AM PDT Subject: How the Mighty have Fallen: The…
Video the Police? Yes. I Say Again YES.
YES! YES! YES! YOU CAN VIDEO POLICE!!!!  Here's a National post article on your right…