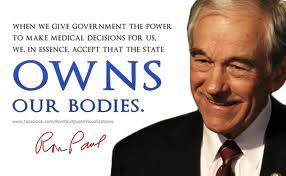 Do you have the right to control and determine what you do with your body?

The Canadian legal system says absolutely not, unless we give you permission by not making it illegal.

You can’t put many substances into your body because they’ve been criminalized. Sure it may be stupid to put some stuff into your body, but does that mean that being stupid has been criminalized? Or is it a case of parens patrie where the government has determined you are incapable of caring for yourself therefore they will do it for you?

Let’s side step the stupid factor for a moment and focus on herbs and vitamins. That’s right, those not dangerous, never harmed anyone roots, leaves, liquids and ointments that help people heal without resorting to the legal kind of “you-must-be-ill-informed-to-take-that-poison” kind of drug (there goes my objectivity!).

It seems the war on drugs is selective and has extended to “natural” products (ignoring the billion dollar pharma industry that kills millions, legally). This has been going on for years but has reached SWAT team proportions against herbs and vitamins.

The government must want you sick or on “legal” deadly pharma drugs to be doing this. What other reason could there be? Any other good ideas why?

The Ron Paul quote above drives home a legally reality although he states the problem incorrectly:

When we give the government the power to make medical decisions for us, we, in essence, accept that the State owns our bodies

Let’s visit that quote and rewrite it to more accurately reflect the situation:

When the government has the unfettered power to presume to have the right to make our own medical decisions for us, we, by our failure to claim that right is ours alone and drive them back into the lawful box made to contain such actions, we accept that the State knows what is best for us and that the State has a superior claim to our bodies.

We DID NOT give the government the power. The government presumes to have the power and enforces their illegal and immoral actions with propaganda. soul sucking and financially crushing legal actions and guns. Just like the old days.

Here’s a hard hitting video that sums the “herbs and vitamins are now illegal” situation up very well. Only in Canada you say? No, actually in the USA too. How incredibly sad and what a big clue.

Are you paying attention?

Are you going to do nothing and allow this to not only continue but move on to the next thing the government takes over? After all who owns your body?

www.naturalhealthfreedomcanada.com Nick Mancuso stars in Natural Health Freedom Canada’s PSA which describes the truth behind Canadian Government Agency Health Canada’s aggressive tactics against the natural health products industry and their attempts to take health products and food supplements off the shelves in order to increase global profits for Big Pharma and the international drug company industry.

Discover the truth behind the loss of 20,000 health products already removed from Canadian stores and more threatened every day. Learn how the health products removed will be replaced by low dose versions manufactured by the drug companies.

It’s time to wake up to the truth and be given the right information so that the public can keep the right to make their own choices when it comes to health products. Contact NHFC at www.naturalhealthfreedomcanada.com

Related Posts
The War on Privacy – Book
"It is easy to forget that prior to 9/11 privacy rights were on the march.…
What Would You Do? Home searched under warrant.
Here's a sad tale of police and government agents executing a search warrant on the…
If they can do it, can you?
I often wonder if standing up for one's rights is the smart thing to do.…