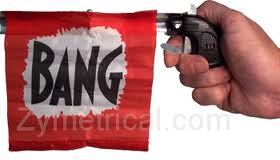 Give it or else! Or else WHAT?

Your own privacy is an issue that you need to to responsible for and sometimes its tough to maintain when the banks, corporations, government agencies all claim that your private information must be provided to them.

The question is: must it be provided?

Most will tell you its mandatory, some will say its their policy in both cases you, most of the time, can say no but you have to be willing to persist and be subject to distain and rude behaviour from employees whose life you seem to be making difficult all of a sudden because you are not giving them what they have be trained to get from you.

Why should you be made to feel like a criminal or suspected of illegal acts because you exercise your right to maintain your privacy?

You shouldn’t but that is the state of things today because for too long people have not known their rights and just co-operated fully to the point where it is now expected and demanded that you provide your private information…or else.

Banks and governments are the worst offenders in spite of privacy laws that were passed to shut down the demands and inform citizens of their rights. It worked for a while but because the people don’t persist the new privacy laws get forgotten and ignored once more.

Did you know that….

There are clear statements from the privacy commissioners that say the above ID items as we know them are not meant for ID and should not be used for ID.

What the heck is ID then?

Watch for our upcoming video training on ID that will be available in the free members area shortly.

Right now, just consider this food for thought and do some of your own research. You may just discover that everything you are told you MUST provide just ain’t so.

Is it systemized fraud to train staff to demand via “policy” that they “must” get peoples’ private information that they have no legal right to have?

Is is right that they depend on our ignorance, fear of loss of service and the intimidation tactics of front line staff?

Is it just coincidence that a whole bunch of employees across multiple organizations are “poorly trained” all the same way to “force” people into “voluntarily” giving up private information?

Either way if you know your rights and persist you can say no and keep your private information private. It just might be a struggle.

When you think about it, there are four professions that seem to be involved in the largest frauds in history and make white collar crime possible and in many cases legal. They all work together to play their part in every fraud….lawyers, accountants, bankers and politicians. Beware, because they touch every aspect of our society.

Here’s a politician reporting on the lawyers and bankers fraud that is in the news right now (can you think of any other lawyers, bankers, politicians that have been in the news for fraud in the last decade?).

Do you think these lawyers, bankers and accountants will be prosecuted? Not likely. And the games go on….

Have you got a story of an employee trying to coerce you into giving up info you didn’t want to and in fact didn’t have to? Leave a brief note in the comments section letting us know the type of business and what they wanted and did they get it?

Related Posts
Guantanamo, Lessons in Law
Guantanamo Bay detainees story holds a few lessons in law for the average man on…
Back To Basics
All top athletes train and practice the basics over and OVER and OVER again. Why? Our…
The Best Free Legal Education
The mysteries of the black robed legal arts have been hidden for centuries, as has…