CRA raids a home with a search warrant (and their private body guards the local police) looking for infomration that had already been provided to the agency.

That’s not good. The behaviour and threatening attitude of the agents and police, not good either.

Best part is that the victims of this unreasonable search took the states agents to court and won. Big time.

Interesting to note that the news article is no longer on the Victoria Times website and the court decision is not on the BCSC or CANLii sites either. I wonder why?

The court ordered compensation a whopping $1.3 million CDN by a jury payable by CRA. Maybe that’s why. Yay jury.

The jury found Neumann’s right to privacy, which CRA employees infringed, was worth $1 million. The jury also found the CRA employees were negligent and damaged Neumann. They awarded him $150,000 for pain, injury, suffering and loss of enjoyment of life, $100,000 for aggravated damages and $50,000 for loss of income.

The decision came down in February 2009. Any appeals? Doesn’t appear to be.

And guess what the decision is not online on the SCBC or CANLii websites. Shocker. Does anyone have a copy of the decision they can email us to post?

Here’s the decision regarding the scale to determine how much in legal bills the CRA also got hit with:

Both articles are offered under fair use and educational use.

Hal Neumann, with wife Maureen Rivers, has been awarded $1.3 million in a lawsuit against the Canada Revenue Agency.

Hal Neumann, with wife Maureen Rivers, has been awarded $1.3 million in a lawsuit against the Canada Revenue Age

A B.C. Supreme Court jury has awarded a Saanich businessman $1.3 million in damages after finding the Canada Revenue Agency breached his right to be free from unreasonable search and seizure under the Canadian Charter of Rights and Freedoms.

The jury also recommended the minister of revenue apologize to Hal Neumann for the Sept. 7, 2005, search of his home by five CRA agents and two armed and uniformed police officers for documents he had already given the government.

Neumann called the verdict a victory for “ordinary folks in Canada who have been pushed around for far too long.”

“Never in my wildest dreams would I have imagined this,” he said.

Richard Neary, who was part of the legal team, called the decision earth-shattering. “It’s a landmark in law in terms of the recognition of the vital importance that the charter plays and the respect with which it needs to be upheld.”

The jury found Neumann’s right to privacy, which CRA employees infringed, was worth $1 million. The jury also found the CRA employees were negligent and damaged Neumann. They awarded him $150,000 for pain, injury, suffering and loss of enjoyment of life, $100,000 for aggravated damages and $50,000 for loss of income.

The CRA is reviewing the decision and considering its next steps, media relations spokesman Noel Carisse said from Ottawa.

Neumann, who was born in East Germany and escaped with his family to refugee camps in West Berlin, launched the civil suit because he felt bullied and terrorized in the search. He has suffered from depression, paranoia and post-traumatic stress disorder ever since the search, court was told.

Last week, the jury heard Neumann was never the subject of a CRA investigation, but an innocent third party. In 2004, his business went through a successful audit. During the audit, however, the CRA learned that Leah Bonnar, an Alberta woman Neumann did business with, had received commission cheques from him. She later became the focus of a CRA tax-evasion investigation. Neumann gave the auditor his original documents concerning Bonnar. Those documents, which were photocopied and returned to him, were the same ones later sought in the search warrant.

Neumann was at home on the morning of Sept. 7, 2005, when he saw police cars driving into his small cul-de-sac. When he answered the door, a CRA investigator told him she had a warrant to search his home for records regarding the Bonnar investigation.

When Neumann asked her why the CRA was accompanied by police, the police officer said in most such searches, everyone in the house is arrested.

Neumann complied with orders to pull out all the cash he had in the house, and took a computer expert upstairs to his office to download anything he wanted. The search lasted several hours.

University of Victoria law professor Rebecca Johnson said there have been few awards in Canadian history for damages stemming from breaches of charter rights. In 1998, an unidentified woman was awarded $220,000 after suing Toronto police for violating her constitutional right to equality and for breaching the duties they owed her. She had argued that police should have told her she was a potential victim of the man known as the balcony rapist because of where she lived.

The Neumann case is groundbreaking, said Johnson, in that the jury’s decision reflects the fact that it was an unreasonable and unnecessary search.

“This is a very big fine against a powerful agency. It means the CRA will have to take very seriously the human dignity of the people whom they investigate,” said Johnson.

“This would be completely upsetting for any ordinary citizen to have five agents and two police officers show up at your house and tell you they can arrest you. It would be absolutely traumatizing and it would shake your faith in our system of justice.”

and another article about the case:

VICTORIA — When armed police officers and a phalanx of government
officials swarmed his home on a suburban cul de sac, Hal Neumann tried
to explain to his alarmed neighbours that he had done nothing wrong.

It took more than three years to clear his name, but in doing so Mr.
Neumann won a groundbreaking court ruling and has made himself a hero
to anyone who has ever tangled with the taxman.

This week, a B.C. Supreme Court jury awarded the Saanich businessman
$1.3-million in damages against the Canada Revenue Agency for the
Sept. 7, 2005, raid on his home. The jury also said he is due an
apology from Revenue Minister Jean-Pierre Blackburn.

The jury found the agency trampled Mr. Neumann’s Charter rights when
it came looking for documents in his home office that he had freely
handed over just six months earlier.

“They made me feel like a criminal,” said Mr. Neumann, recalling the
raid. “It looked like a drug bust. My neighbours were asking about it
afterward, there was a real stigma.”

Mr. Neumann himself wasn’t even the object of an investigation: During
a routine audit in 2004, he provided receipts that later led to a tax-
evasion probe of an Alberta woman he did business with. He would have
provided the papers again, if they had just asked.

“At every stage I was fully co-operative. Why should I help someone
evade taxes that I pay?”

Mr. Neumann, 60, runs a business, Vantage Equipment Company Ltd., that
buys and sells used mining equipment. He keeps the heavy equipment in
a lot in Duncan, but he runs the business from his home office in
Saanich, near Victoria.

The search warrant provided for a search of his business premises, but
the trial heard that the two police officers and five tax agents
didn’t confine themselves to his office. They were in the family room,
counting all the money he had in his home. They were in his living
room, even his kitchen.

He remembers a Saanich police officer telling him it wouldn’t be
unusual if he was arrested, and that he might be a “bad guy.”

This was all too much for a man whose family came to this country to
escape a police state.

Mr. Neumann was just four years old when his family fled East Germany;
he lived in refugee camps before they made their way to Canada..

The civil trial ran for eight days. On Tuesday night, the jury
returned with its verdict: $300,000 in damages and $1-million for
breaching his Charter rights. But it was the apology that brought the
Crown’s lawyer, Amanda Lord, to her feet.

“The Minister of National Revenue is not a defendant to this action,
is my concern,” she protested.

“Well, you’re correct,” Ms. Lord conceded. “The Minister of National
Revenue would be the minister ultimately responsible for the Canada
Revenue Agency, yes.”

“Well, that’s the end of it then,” put in Steven Kelliher, Mr.
Neumann’s lawyer.

Yesterday, Mr. Neumann was inundated with calls congratulating him on
his victory. “It was a decision made by our peers, what’s important
about it is they sent a very clear message to the government of this
country that the sanctity of our homes is paramount,” he said.

He has not yet heard an apology from Mr. Blackburn.

A spokesman for the department said the agency is reviewing the court
ruling and will not comment.

Related Posts
The Beginning of End of The “Free” Internet?
In a shocking move, or if you're paying attention you knew it was just a…
Privacy Act Does Not Apply to White House?
Are they really above the law or just making a claim and hoping people just… 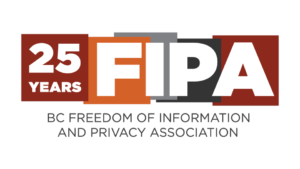