Previously pointed out in earlier posts on this Blog the First Nations peoples’ rights to their land has been recognized, publicly, municipally, provincial, federally and internationally. Evidence of this statement is everywhere.

Many people have a hard time learning that this is true. Some have not heard it plainly stated and not seen the evidence to support it. Some choose not believe it to be true and don’t care what evidence they are shown.

Here’s more evidence of this who care to review it. A video, article and federal website  discussing the programs already in place to help First Nations rebuild from the century of decimation and admitted physical and cultural genocide.

The Wahkohtowin Law and Governance Lodge at the University of Alberta is one of 21 recipients in the second round of funding in the Justice Partnership and Innovation Program (JPIP) offered by Canada’s Department of Justice.

For Hadley Friedland, assistant professor in the Faculty of Law at UAlberta, the recognition is especially rewarding as JPIP is the federal government’s response to the Truth and Reconciliation Commission’s (TRC) Call to Action #50.

That call falls under the heading of Equity for Aboriginal People in the Legal System. It reads, “In keeping with the United Nations Declaration on the Rights of Indigenous Peoples, we call upon the federal government, in collaboration with Aboriginal organizations, to fund the establishment of Indigenous law institutes for the development, use, and understanding of Indigenous laws and access to justice in accordance with the unique cultures of Aboriginal peoples in Canada.”

“Number 50 in the TRC final report is actually based on a research project I was part of at the University of Victoria,” said Friedland.

In 2015, the TRC’s final report referenced the Accessing Justice and Reconciliation project, a national research initiative that was developed by the TRC in partnership with the Indigenous Bar Association and the Indigenous Law Clinic of the University of Victoria’s Faculty of Law.

The project brought together six different legal traditions from seven First Nation communities across Canada to collaboratively work together and provide insights into how Indigenous law “in all its diversity and interconnectedness is applied in real-life situations,” said the final report.

A safe space was created at UVic for that work, and was also created at UAlberta’s Wahkohtowin Lodge.

Wahkohtowin Lodge began operating in 2018, its core funding coming from the Alberta Law Foundation. The lodge is a joint initiative of the faculties of law and Native studies, the latter led by associate professor Shalene Jobin.

Friedland says she and Jobin were repeatedly approached by Indigenous communities who had the vision and goals but needed support to do their own law and governance work.

“Both of us are really committed to community-led research, not engaged, but directed and led. We thought there’s such a need for it,” said Friedland.

This funding from JPIP, just under $390,000 over the next three years, will help in the development of workshops and legal education strategies. This year the funding will be spent on resources and the following two years it will help with workshops that will be open to Indigenous communities across Canada.

Two other post-secondary institutes received funding this year: Université Laval in Québec for a project which will strengthen Inuit capacity and governance in the area of justice in Nunavik by documenting, mobilizing and promoting Inuit legal practices and knowledge; and Lakehead University in Ontario for a project that will lay the foundation for an Indigenous Law and Justice Institute at the Bora Laskin Faculty of Law.

Other projects funded span the country and are varied, and include a project that will explore the Heiltsuk Tribal Council’s Heiltsuk Gvilas (traditional code of laws and legal order) to inform Heiltsuk laws, policies and governance processes; the Dehla Got’ine Caribou Law Project in the Northwest Territories, that will research and document ancient laws and traditions related to caribou harvesting; and, the Henvey Inlet First Nation in Ontario, which will revitalize their laws through the development of a curriculum rooted in community engagement between Elders, knowledge keepers, youth and leadership.

The only Métis organization to receive funding was the Métis Nation of Alberta for a project aimed to develop a legal framework that will incorporate Métis cultural aspects and support the development of Métis child and family services laws.

In total, $9.5 million was allotted through JPIP and “will help to make a real difference for Indigenous communities doing the sometimes challenging but important work of revitalizing their legal systems,” said David Lametti, minister of Justice and Attorney General.

“These 21 projects will have an important impact on communities as they support the development, use and understanding of Indigenous laws. Commitments and collaborations like these are increasing access to justice for Indigenous peoples, which is critical to advancing reconciliation and supporting self-determination,” said Indigenous Services Canada Minister Marc Miller.

Friedland is pleased with the wide range of projects.

“Taken together, as a whole, these projects demonstrate the depth and breadth of Indigenous laws and the exciting potential in a plurality of approaches across many communities, legal traditions and subjects,” said Friedland.

We are no longer accepting funding proposals. Please check this web site periodically for updates: https://www.justice.gc.ca/eng/fund-fina/cj-jp/fund-fond/proj.html.

“In keeping with the United Nations Declaration on the Rights of Indigenous Peoples, we call upon the federal government, in collaboration with Aboriginal organizations, to fund the establishment of indigenous law institutes for the development, use, and understanding of Indigenous laws and access to justice in accordance with the unique cultures of Aboriginal peoples in Canada.”

Indigenous Peoples in Canada have unique laws and legal traditions. The Truth and Reconciliation Commission of Canada (TRC) found that Indian Residential Schools caused survivors and whole communities to lose their connection to their laws, along with their languages and cultures. In order for Indigenous laws to meet the needs of Indigenous communities today, those laws must go through a process of revitalization. The TRC further found that revitalization of Indigenous laws is a method by which to support Indigenous peoples as they develop unique responses to the challenges facing their communities, internally and across Indigenous groups.

In Budget 2019, in the context of “Making Progress on the Truth and Reconciliation Commission of Canada’s Calls to Action” the Government of Canada responded to Call to Action 50 by proposing to invest $10 million over five years in support of Indigenous law initiatives across Canada through the Justice Partnership and Innovation Program (JPIP), to improve equality for Indigenous Peoples in Canada’s legal system.

This call for proposals will support renewed legal relationships with Indigenous peoples by funding initiatives that will advance the development, use and understanding of Indigenous laws.

Purpose and Objectives of the Funding

The objective of this call for proposals is to fund projects that help to support the development, use and understanding of Indigenous laws and access to justice in accordance with the unique cultures of Aboriginal peoples in Canada. The intention is to fund Indigenous law revitalization projects in all regions of Canada involving First Nations, Inuit, and Métis legal traditions.

To support this objective JPIP would support projects to:

What are Indigenous laws?

As defined in the final report, “Aboriginal law” is the collection of Canadian laws relating to Indigenous peoples in Canada and their land/property such as the Indian Act, sectoral legislation such as the First Nations Land Management Act, and section 718.2(e) of the Criminal Code of Canada. This also includes colonial/British laws, constitutional laws, Royal Proclamations, international treaties, and jurisprudence.

For the purposes of this funding opportunity, “Indigenous laws” are the laws and legal traditions that govern behaviour within First Nation, Inuit, and Métis communities and their relationships with other nations. This includes laws held and exercised by communities individually and within or across broader governance structures, in relation to all aspects of governance. Indigenous laws may take different forms from traditional ceremonies and stories to written laws and by-laws, and may include instruments linked to Canadian laws such as the Family Homes on-reserves and Matrimonial Interests or Rights Act.

This funding opportunity supports each of JPIP’s objectives:

The revitalization of Indigenous laws is a (multi)generational project. Priority will be given to projects that aim to increase capacity within an institute or community(ies) to continue to work in this field beyond the specific project.

Who can apply for this funding?

Eligible activities include, but are not limited to:

As the purpose of CTA 50 Funding is to assist in the revitalization of Indigenous laws, priority will be given to applications addressing Indigenous laws, rather than Indigenous approaches to existing Canadian Law (e.g. Gladue reports).

CTA 50 Funding is project-based. It is not intended to fund long-term programs or implementation costs, with the possible exception of pilot projects that may become self-sustaining at the end of the pilot project.

CTA 50 funding cannot be used for:

Applications that exclusively address Federal or Provincial laws are not eligible.

How much funding is available for each project?

The level of funding will vary from project to project based on the nature and scope of the proposed activities.

Up to $500,000 is available per project for up to 4 years (April 1, 2020 to March 31, 2024) with a maximum of $200,000 per fiscal year. Funds are limited and there is a need to ensure a regional and distinctions-based distribution of the limited funds. Unfortunately, it may not be possible to fund all eligible projects.

Multi-year projects (up to 4 years) are eligible but all funds must be spent by the end of fiscal year 2023/24.

When is the deadline to submit a funding application?

How to Apply for Funding

To submit a request for funding, please complete the Application/Proposal Form: https://www.justice.gc.ca/eng/fund-fina/f_04.html.

The following key considerations should be applied in developing applications for this funding opportunity, and evidenced in your proposals:

Indigenous women, girls, and LGBTQ2I+ people have been subject to high levels of discrimination and violence. When preparing your proposal, please elaborate on how your proposed activities will impact diverse groups of women and men, for example elders, youth and LGBTQ2I+ people. The TRC rejected any use of Indigenous or other laws that fundamentally treat women and men in ways that communicate or create subordination and called upon any such law to be contested without undermining the underlying Indigenous legal systems.

The TRC recognized that every Indigenous nation has its own culturally specific laws. The CTA 50 funding will seek to ensure that a broad regional representation of First Nations, Inuit and Métis peoples are supported by this investment. When preparing your proposal, please elaborate on which area(s) of law within which Indigenous community(ies) are being supported through your proposal. Priority may be given to applications proposing to serve communities or regions that have not previously received support through CTA 50 funding.

For further information about the CTA 50 funding opportunity and how to apply, please contact: 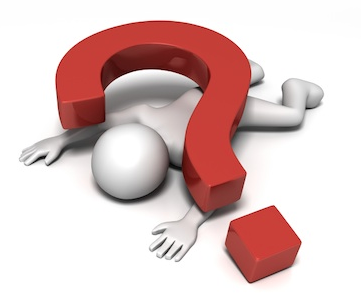 Is Your CPP or OAC Pension Being Seized in Canada?
Is your pension being taken by any agency or government department in Canada? You might…
Privacy Laws Back Door?
A recent revelation (but should not be a big surprise) that the Foreign Affairs and Department…
The definition of “is”, is….
Who knew "Is" had three different and opposing meanings? Blacks Law Dictionary, 4th Edition, page…