Two big events in First Nations’ land title/rights recognition this week from the Supreme Court of Canada and Vancouver city council. Is the timing coincidence? No and neither will the strategic games by lawyers be a surprise.

This video has been on the home page here for over a year and in 26 seconds summarizes all you ever needed to know without even one day in court or a lawyer:

Just like the residential schools murder/torture/cultural genocide program run/facilitated by federal and provincial governments, churches and the RCMP was denied for decades (despite the growing, overwhelming evidence, the exposure reached the point that the truth overwhelmed the lies and denials) FINALLY, the truth of First Nations land title has been “officially” acknowledged by the guilty parties.

The land title story already has started being spun into another, new, rewrite of history, law and who’s really the boss – here, there and EVERYWHERE, by guess who – those who like to be in control.

The story spinning process already underway with native land title/rights is a strategy that has worked before and will be employed again by “the powers that be” (or that pretend to be power).

What do I mean?

The planned cultural genocide of the First Nations (through forced family separations, child torture/murder, forced relocations, outlawing native language and cultural practices) was most likely implemented as an attempt to eliminate future land claims of sovereign people whose land was being stolen and destroyed and is a story whose FACTS are now being spun into “we failed to educate the native children properly in the past so we will rebuild the native educational system process and do a better job this time”.

Do you notice a shift of focus in the “new” spun story?

Changing from the entire process of cultural destruction and land theft to “we did a bad job of educating the children” AND “we will continue to do the job but we will do it better”. Really? Like the federal government is the parent of the natives and ultimate owner of the land, again, or still.

The land title issue will be the same spinning process and is already demonstrated in the Supreme Court decision itself which is modelled after a process already used in the USA courts. The general idea is “yes you DO own the land and have title to it BUT if WE decide there is a “greater economic benefit” for us to use it as WE wish then we get use it how we see fit.”

“Future economic activity on title lands, involving anything from mines and logging to pipelines and hydroelectric projects, will require the “consent” of title­holding First Nations.”

But the court also said the Crown can justify “infringement” of that title, when consent is absent, under specific circumstances.

“Government incursions not consented to by the title­holding group must be undertaken in accordance with the Crown’s procedural duty to consult and must also be justified on the basis of a compelling and substantial public interest, and must be consistent with the Crown’s fiduciary duty to the Aboriginal group,” the chief justice stated in her ruling.

It is just more the of the world wide “profit over people” mantra of the corporatized robots saying we really do own everything just because we say so, even after we admit we don’t own it.

Are you really going to buy THAT story?

In a conveniently timed admission the Vancouver city council “formally acknowledged” that which history, law, the city and everyone already knew, but avoided, by “officially” acknowledging – the land Vancouver is built on was “never ceded through treaty, war or surrender” which is legal talk for the local First Nations ALWAYS were and continue to this day to be the “owners” of the land and have the highest claim to title and benefits from the land.  In my mind that is a very good thing.

Let the legal spinning begin. The issue of “title” and legal benefits from the land now become the talking point for all parties.

The nub of the legal issue is varying legal systems and the legal concept of “title”. You can bet the sleaziest of lawyers has been oozing out ideas, plans and strategies for months or years as this time of “acknowledgement of what really is” came closer.

For decades “they” have confused, misdirected, lied to, beaten, robbed and stolen from the First Nations and then Canadian citizens and they don’t want the game to end yet. Watch them dodge and weave to build a new lie to deal with the now acknowledged reality.

Am I a cynic? Nope. I’ve just studied the law, history and geo-politics and as you have heard, history repeats itself, especially when the players play the same game by a different name each time.

Additional articles on the history of the process.

High court: ‘Most narrow, Eurocentric’ notions of occupation are outdated, according to aboriginal brief

A chronology of events in the Xeni-Gwet’in court case over aboriginal title:

June 2012: Appeal Court upholds right to hunt, trap and trade in traditional territory but finds title can only be claimed in areas occupied or used intensively by the “semi-nomadic” people.

Jan. 2013: Supreme Court of Canada announces it will hear appeal filed by William. 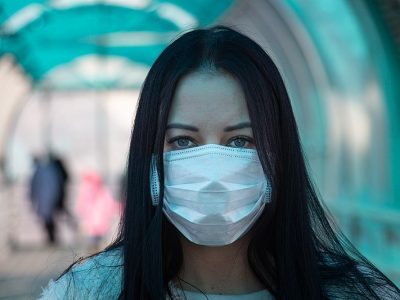 COVID-19, The Great Reset? A Plan to End Private Rights?
Centralized planning, coordinated.... or lots of 'just coincidences'? Are your private rights being terminated, with…
9/11 Lies
Pay attention especially from 5:05 onward although all of the discussion is valid: 9/11 Was…
When Do You Have a “reasonable expectation of privacy”?
How can your privacy rights vary based on the circumstances? In many ways and circumstances.…