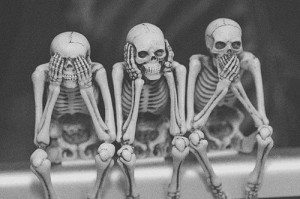 It can’t be true. We live in the greatest country ever. Our government takes care of people…..

It continually amazes me the things people jump to defend. I guess its easy to do when evil acts far away from us and we only see hints of it from time to time as freedoms slowly erode away more and more.

Guess who makes the laws that rule us, run the courts that punish us and govern the masses to control us….mostly lawyers and lawyers who are politicians. hmmmm.

Ask almost anyone if they trust politicians or lawyers. You’ll get close to a unanimous NO (yes there are a few exceptions). Its been like that for THOUSANDS of years from before the time of ancient Rome and Greece two of the most disliked and distrusted groups has been…politicians and lawyers.

Why? They should be honoured, revered positions of trust, but they are more often than not treated as far far less. Apparently wealth and power are more enticing than an honourable and noble life of upholding the law and serving the greater good (surprised?). Would YOU do it better?

These two groups (often really one group) only  run things poorly as long as the rest of us let them. If they aren’t doing a good job FOR us we need to stand up and say NO. I heard someone quote a post world war two Nazi on trial at the Nuremberg Trials state “no one told us no” or words to that effect.

Still today it is the number one sing song “we have the people’s consent so what we are doing is the right thing”. Maybe we should stand up and say NO real loud so they can’t ignore it.

Here’s an excerpt from a sad tale of what happens when no one says NO, except for the few people affected. Read the stats, its shocking. Where were you when all these atrocities were taking place and are they increasing?

What was done to Lisette’s paradise has an urgent and universal meaning, for it represents the violent, ruthless nature of a whole system behind its democratic façade, and the scale of our own indoctrination to its messianic assumptions, described by Harold Pinter as a “brilliant, even witty, highly successful act of hypnosis.” Longer and bloodier than any war since 1945, waged with demonic weapons and a gangsterism dressed as economic policy and sometimes known as globalisation, the war on democracy is unmentionable in western elite circles. As Pinter wrote, “it never happened even while it was happening”. Last July, American historian William Blum published his “updated summary of the record of US foreign policy”

Since the Second World War, the US has:

1. Attempted to overthrow more than 50 governments, most of them democratically-elected.

2. Attempted to suppress a populist or national movement in 20 countries.

3. Grossly interfered in democratic elections in at least 30 countries.

4. Dropped bombs on the people of more than 30 countries.

In total, the United States has carried out one or more of these actions in 69 countries. In almost all cases, Britain has been a collaborator. The “enemy” changes in name – from communism to Islamism — but mostly it is the rise of democracy independent of western power or a society occupying strategically useful territory, deemed expendable, like the Chagos Islands.

The sheer scale of suffering, let alone criminality, is little known in the west, despite the presence of the world’s most advanced communications, nominally freest journalism and most admired academy. That the most numerous victims of terrorism – western terrorism – are Muslims is unsayable, if it is known. That half a million Iraqi infants died in the 1990s as a result of the embargo imposed by Britain and America is of no interest. That extreme jihadism, which led to 9/11, was nurtured as a weapon of western policy (“Operation Cyclone“) is known to specialists but otherwise suppressed.

What say you? Read the rest here : LINK

Related Posts
Truth Rules No Matter Who Speaks It – Russell Brand Rants the Truth
Contrary to the popular belief of the "elites", "intellectuals", "professional pundits" and "ivory tower inhabitants"…
Reality Check. Government Explained.
If you have a basic, conversation in the extreme common sense discussion mode, you may…
Gov’t Is Your Boss?
The taxpayer - that's someone who works for the federal government but doesn't have to…