The associated press released an article today that may indicate privacy rights are making a comeback in the European Union after years of terrorist hysteria.

I also just saw a movie from the 1980’s? The villain was an IRA bomber and the great fear throughout the land was the IRA. Hmmm seems to me the villain keeps changing, but there is always a bad guy to focus on and be afraid of.

BRUSSELS (AP) – The European Union’s new justice chief said Thursday that she is not convinced that European governments’ transfer of personal banking data to U.S. authorities is necessary or effective in the fight against terrorism.

The EU must this year renegotiate a controversial agreement to hand over huge amounts of information on Europeans’ banking transactions that the U.S. says has given it some key leads in terrorist investigations.

Viviane Reding, who will become the EU’s justice commissioner next month, also criticized moves to use body scanners more widely at airports, saying they could invade personal privacy and were not proven to be useful or safe for personal health.

Reding also hinted that the EU would likely take a tougher approach on travel information that governments share — such as air passenger data handed over to the U.S.

She said international agreements must “be based on evidence rather than emotional responses to the latest scare” and that data privacy rights should be respected when people transfer money, book a flight ticket or pass an airport security check.

Reding said she would look “very seriously and very closely” at an EU deal to share banking information with the U.S., saying she wasn’t convinced that it was “necessary, proportionate and effective to fight terrorism.”

Yay. Maybe there is hope after all.

For the full article go here:

Related Posts
The Allard Prize for International Integrity
A lawyer, who has a law school named after him, the Peter A. Allard School…
Privacy Laws Back Door?
A recent revelation (but should not be a big surprise) that the Foreign Affairs and Department… 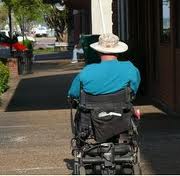