Actually it’s not “flipping the bird that pays it’s the over the top abusive response by a police officer that pays…if you’re willing to defend your right to expect the police not to over react by arresting you, fining you or beating you for minor, not illegal transgressions.

Here’s an example of what you can do if “they” step over their well defined legal line. Defend yourself and society by suing (you get to make a point, teach a lesson of right and wrong, win some money and support your local starving lawyer).

Articles below used under fair use rules, for educational and historical preservation purposes only.

Flipping The Bird At A Cop Pays

In dire need of $50,000 in these hard economic times? Flipping off a cop in Pittsburgh just might be your ticket. That is if officials in The Steel City don’t successfully reign in their overzealous police officers as they promised to do last week after having to fork over the cold, hard cash to settle a lawsuit.

Here’s the story: 35-year-old Dave Hackbart was trying to parallel park in April 2006 when a second driver pulled up from behind him and blocked the parking space he was trying to pull into. The maneuver elicited frustration from Hackbart who, as any one of us might want to do, proceeded to stick his hand out the window of his car and give the driver the bird.

Pittsburgh, apparently, not being New York City, where the universal symbol for f—you is so common it often is mistaken as being a sign of good will and cheer during the holidays, Hackbart’s gesture was not received well by a third driver who happened to witness the whole incident go down, and who registered his objection to Hackbart’s use of sign language.

Hackbart’s response to this third, morally outraged driver? Well, Hackbart flicked him off, too.

The only problem was that this third driver happened to be a cop – Pittsburgh Police Sgt. Brian Elledge, who wrote Hackbart a citation for “disorderly conduct.” Woops. Hackbart was found guilty by a judge and fined court costs.

Well, if the prospect of losing a parking spot was enough to set Hackbart off, you can imagine his outrage at having to be punished for expressing his feelings in no uncertain terms. So Hackbart decided he needed to extend a great big metaphorical middle finger to the entire city of Pittsburgh, which he sued. And get this – he won. Pittsburgh officials agreed to give Hackbart $50,000 to make the whole thing go away.

Turns out Pittsburgh had run into trouble like this before. Hackbart’s lawyers did a little research and turned up no fewer than 198 cases in the past four years where people had been slapped with trumped-up “disorderly conduct” charges for doing nothing more than, well, expressing themselves in a matter akin to Hackbart’s expression of choice, despite the fact that the state Supreme Court in Pennsylvania had found on a number of occasions such citations to be against the law because they violated individuals’ right to free speech.

But rest assured. What goes around comes around. For those of you who reasonably might view Hackbart as an enraged loon in need of a couple of rounds of anger management, you surely will he happy to learn that $40,000 of his $50,000 award went to pay his lawyers, leaving old Hackbart with ten grand.

Guess it really is true that nothing is free these days – even your right to free speech.

PITTSBURGH — The City of Pittsburgh has agreed to pay $50,000 to a man who sued after being issued a disorderly conduct citation for gesturing offensively at a police officer.

The settlement, in which the city also agreed to retrain its officers in the limits of disorderly conduct law, was reached with Dave Hackbart, 35, after research undertaken by his lawyers found that police citations for swearing or offensive gestures were common here.

From March 2005 to July 2009, the research found, Pittsburgh officers cited 198 people for disorderly conduct on the basis of that sort of behavior, even though the Pennsylvania Supreme Court has consistently found such citations unlawful on free speech grounds.

“Hopefully we’ll send a message to other police officers across the state, where this is a consistent problem, that this is not legal,” said Sara J. Rose, a lawyer for the American Civil Liberties Union of Pennsylvania, which helped represent Mr. Hackbart in a federal civil rights lawsuit against the city.

Pittsburgh’s deputy police chief, Paul J. Donaldson, said the city had retrained officers in the law twice since 2006 but would do so again, to emphasize that “the disorderly conduct statute can’t be used to protect the police from all verbal indignities.”

Mr. Hackbart was charged on April 10, 2006, while trying to parallel-park. According to his lawsuit, another car pulled up and blocked him from parking, frustrating Mr. Hackbart, who gestured with his middle finger at the other driver.

When a third driver objected to the gesture, Mr. Hackbart delivered it to him as well. That driver turned out to be an officer, Sgt. Brian Elledge, who wrote the citation. Mr. Hackbart was found guilty by a magistrate and fined court costs.

“I felt really let down by the system,” Mr. Hackbart said. “I challenged it as a matter or principle.”

Mr. Hackbart said that the case had raised his interest in law and that he had he quit a job as a waiter and gone back to school to become a paralegal. He is considering going on to law school.

“A lot of good things have come out of this,” he said. “Hopefully it’s a big deterrent and it helps other people down the road who are in my shoes.”

Related Posts
Digital Photocopiers Can Be Deadly to Your Privacy
Did you know that all digital photocopiers have a hard drive disk? That hard drive…
Tax Fear
In Canada we have a VERY obedient population, which is known worldwide, by the international… 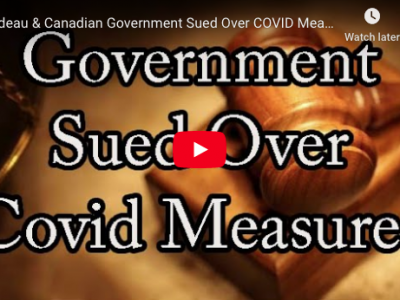